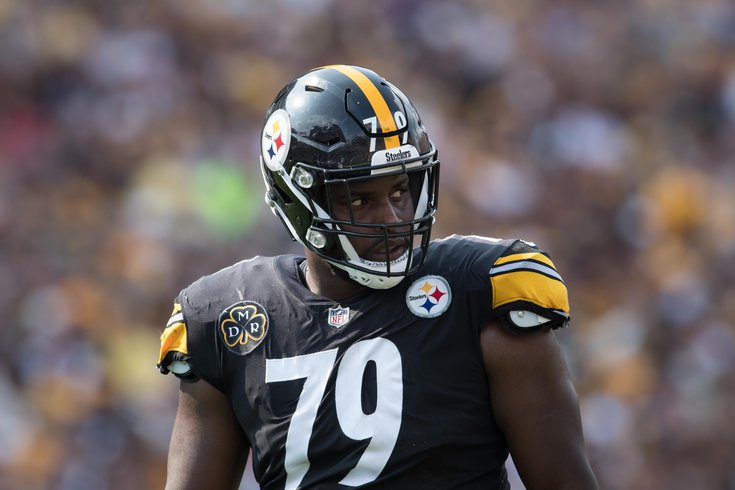 Day 1 of the NFL's legal tampering phase is in the books, and it not go as expected, locally anyway, as the Philadelphia Eagles invested dollars in a defensive tackle position that is already occupying a sizable portion of their salary cap.

Let's take a look at what the Eagles did, and didn't do, to start off free agency.

As a player, Hargrave is a good, young fit, and he should flourish as a disruptive presence on the interior of the Eagles' defensive line. But is it overkill, on a roster flush with high-priced veterans in Fletcher Cox and Malik Jackson? The Eagles' obviously didn't think so, and it's somewhat understandable why, given that the Eagles have suffered more than their share of injuries at defensive tackle over the last two seasons.

The addition of Hargrave and the return of Jackson should free up Cox, who has not had a quality complement alongside him in either of the last two seasons, and as such, has usually been the focus of opposing game plans. The bolstered interior should also free up the Eagles' edge rushers to see more favorable pass rush opportunities.

Hargrave is versatile, as he aligned in various spots along the Steelers' line, and he is good both against the run and the pass, so there's no need to substitute him based on down and distance. He is also durable, having only missed 1 game so far in his four-year career.

The Eagles badly needed to add a good, young defensive tackle, as Cox's odometer is getting up there, and Jackson's viability as a starter has to be in question, coming off a serious foot injury. The thinking here was that they would find one in a strong interior D-Line class early in the 2020 NFL Draft. Instead, they allocated more dollar resources.

In 7 games for the Eagles in 2019, before he was went on injured reserve with an ankle injury, Ridgeway had 8 tackles (4 for loss), 4 QB hits, and 2 sacks, and was a solid rotational DT. His return, coupled with the addition of Hargrave, almost certainly means the end of Jernigan's tenure in Philly. Those two moves also make an early-round draft selection of a DT extremely unlikely.

Assuming it's a veteran minimum contract (or something close to that), this move makes sense, as Ridgeway is still only 25 years old.

Clement was a Super Bowl hero, but it would have cost the Eagles $2.13 million to tender Clement at the lowest level, which was too much for a player who had his last two seasons derailed by injury. Clement could certainly still return on a lower contract, but this was an obvious move.

And he got paid. 5 years, $50 million. Good for you, Big V. From the Eagles' perspective, the loss of Vaitai was inevitable.

The Eagles were clearly very interested in Jones, but the Miami Dolphins, flush with cap space, and in a position of power being in a state with no state income tax, were able to outbid the Birds for Jones' services. He got $82.5 million over 5 years, or $16.5 million per season. The Eagles will now have to turn to whatever "Plan B" is at cornerback. The remaining options on the open market aren't awesome. Might Howie Roseman try to deal for a young corner?