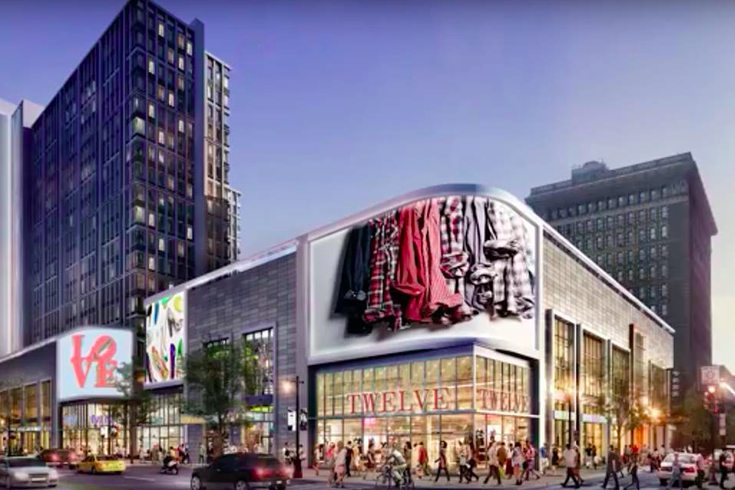 Rendering of the Ludlow at East Market.

The architects behind the massive East Market project in Center City have released a new video detailing their vision and design strategy for the transformative multiphase venture.

Led by National Real Estate Development, the first phase of East Market — a four-acre site spanning the entire block between 11th and 12th streets — broke ground late in 2014 with the demolition of 1100 Market Street.

And wherever there is new development in Center City, it could well be that Wawa will figure somewhere into the equation.

A report that surfaced Monday from the Philadelphia Business Journal suggests that not one, but two new Wawas will be coming to properties that are either part of or close by East Market.

At this point, Wawa has six stores in Center City. There are two in West Philadelphia, one in Port Richmond, one on South Street and two on Walnut Street. Last July, the company announced it would construct a seventh store at 19th and Market Streets. Another location was also floated in a plan to replace Omega Pizza at 22nd and South Streets as the ground floor tenant of a mixed-use development.

Bringing a Wawa or two into an area that will soon see a doubling of its housing units is probably a smart idea for the company and for consumers. Grocery shopping can be a challenge in Center City, but with the recent addition of Target at 11th and Chestnut Streets, quick trips to both locations would be a timesaver.

Eventually,  the developers of East Market plan to build out from Market Street to Chestnut Street with additional projects that have yet to be revealed. The cost of East Market as a whole, prior to the announcement of the West residential tower, was placed at approximately $500 million. Progress on its construction comes as PREIT and Macerich work to complete the redeveloped Gallery as The Fashion Outlets of Philadelphia by 2018.

Attempts to reach Wawa and National Real Estate Development on Monday afternoon were not immediately returned.