Authorities reportedly have identified four suspects, between the ages of 13 and 16, who could be charged with ethnic intimidation 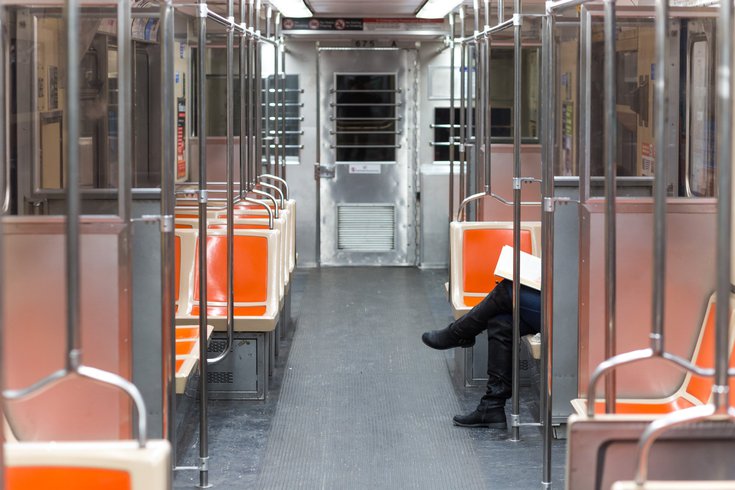 An altercation between groups of Black and Asian high school students on the subway Wednesday – which was captured on a video that has since gone viral – was racially motivated, according to SEPTA police.

The 90-second video clips shows a group of Black girls verbally and physically confronting a group of Asian boys on a Broad Street Line express train before beating up an Asian girl who tried to intervene. The attack happened near the Erie Station around 3:30 p.m.

"It's clear they were picked on because they were Asian," SEPTA Police Chief Thomas Nestel said Thursday at a news conference.

No arrests had been made as of Thursday evening, investigators have made contact with all the suspects, who range in ages from 13 to 16, and their parents, Nestel said. The girls could be charged with ethnic intimidation, aggravated assault and other offenses.

At the beginning of the clip, the Black teenagers can be heard accusing the Asian teens of "jump(ing)" them and trying to "throw them off the train." The tension and violence escalates as the video goes on. Eventually an Asian girl, a senior at Central High School, can be seen trying to protect the younger boys.

The video ends with the Black teens slamming the would-be peacemaker's head into a train door and pushing her to the ground, where she was repeatedly punched, kicked and beaten with a shoe as she screamed for help. After she got off the train and made contact with an officer, she was transported to Temple University Hospital with a laceration to her head, authorities said.

A portion of the incident is shown in the tweet below – be advised the clip contains profanity and violence.

Investigators have identified all the suspects and victims involved in the attack and confirmed that it was a racially-motivated incident, Nestel said.

"This was an attack based on ethnicity, and ethnic slurs were used by the attackers," he said.

Officers found two of the suspects at the Olney Transportation Center less than an hour after the attack occurred, Nestel said. A mother of one the suspects called police to turn her daughter in after seeing the video on social media.

The victims reportedly also were harassed by the same group Tuesday when they were subjected to anti-Asian slurs and gestures and had a smoothie dumped on them.

The mother of one of the victims told CBS3 that she believed the incident was racially motivated and that her son did not do anything wrong. The woman spoke through a translator.

"We are a city of love, not a city of hate," she said, decrying the incident.

At this time, none of the suspects are in custody. Nestel said it would not be hard to track them down if District Attorney Larry Krasner chooses to move forward with the charges and issues warrants for their arrest.

The video footage was tweeted early Thursday morning by right-wing journalist and internet personality Andy Ngo, who noted that one of the Blacks teens appeared to be wearing a hijab. In the past, Ngo has been criticized for what many see as his unfair criticism of Islam.

Other commenters took aim at the bystanders on the train, who didn't appear to make any attempts to intervene until the end of the video. At the beginning of the clip, the person filming seemed to find the situation amusing.

Mayor Jim Kenney tweeted on Thursday afternoon that he was "appalled" by the incident and that those responsible will be held accountable.

"I want our residents to know that we will not tolerate any acts of hate," he said.

I'm appalled by yesterday's assault involving students on the Broad Street Line. Those involved in the assault have been identified and will be held accountable. I want our residents to know that we will not tolerate any acts of hate.

SEPTA Police began a program Thursday that designates a car on the Broad Street Line for Central students traveling to and from school. There will be a police presence on that car.

Video of the attack struck a chord within the community, Nestel said. Police were overwhelmed with tips, which has allowed the investigation to move forward quickly.