Severance tax on natural gas drillers no longer worth the price

As a longtime supporter of the severance tax, I find myself in the unusual position of now opposing it.

Although it would provide much-needed revenue for the commonwealth, it is clear that Senate Republicans will not allow even a modest severance tax without exacting provisions that would significantly compromise the state Department of Environmental Protection’s ability to regulate the natural gas industry.

Pennsylvania is the only major gas-producing state without a severance tax. It has been fiercely opposed by the drillers since it was first proposed by Gov. Edward Rendell in 2010.

Since then, drillers and their representatives have spent $46.6 million on lobbying and $14.5 million on strategic campaign contributions to legislative leaders and key committee chairs, according to the Inquirer. But despite the gas industry’s opposition, the commonwealth’s dire financial situation has sparked serious discussion about a severance tax to help fund the budget. 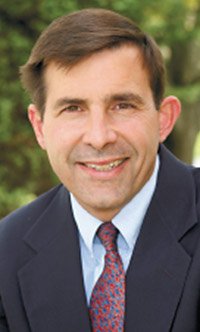 In July, the state Senate passed a tax-code bill that contained a severance tax of less than 1 percent. But the bill also included three provisions that would make it much more difficult for the DEP to regulate the natural gas industry.

The first provision would provide that any unconventional oil and gas permit application the DEP does not process fast enough would be “deemed approved” regardless of whether it meets legal standards for approval. Arbitrarily forcing the DEP to issue permits because a certain number of days have passed would put the public’s health and the environment at risk.

The second provision would privatize the environmental permitting process, allowing gas drillers and other applicants to seek permit approval from third parties rather than from the DEP. This would eliminate a core protective function of the DEP and introduce conflicts of interest that would weaken protections for public health and the environment.

The third provision would establish a politically-appointed advisory committee to decide on air-quality permits for unconventional gas well sites. This in effect would eliminate part of the methane-reduction strategy Gov. Tom Wolf proposed last year. Reducing fugitive methane emissions is one of the most important things that Pennsylvania can do to address climate change.

The potential environmental damage of these three provisions is not worth the revenue even a robust severance tax would bring.

Gubernatorial politics has factored heavily into the severance tax debate, with potential candidates on both sides of the aisle calculating how its passage might affect their chances in 2018.

Even though the severance tax and these damaging DEP permitting provisions did not make it into recently enacted budget revenue legislation, the issue is still alive. As he signed these revenue bills Wolf promised to continue to pursue the severance tax.

On Oct. 18 Senate Majority Leader Jake Corman, R-Centre, reiterated that there would be no severance tax without permitting provisions that would weaken the DEP.

People who care about good public policy should not be lobbying for a severance tax now. Instead, they should stand against legislation that would endanger public health and the environment.