Sixers unveil their new mascot, Franklin, who will debut next Friday 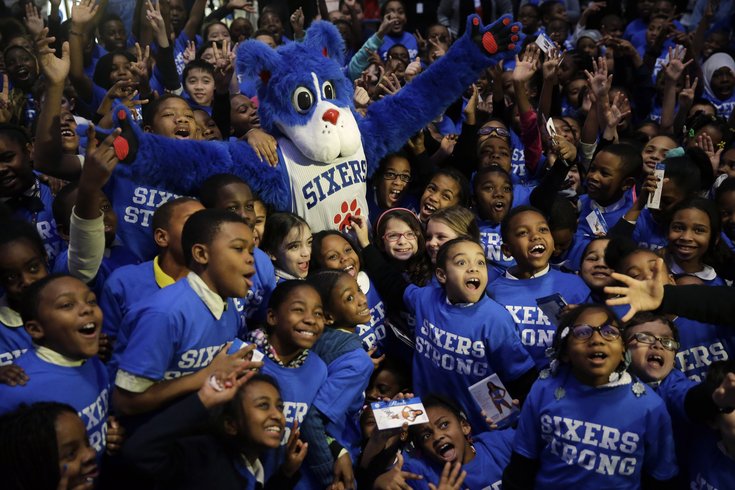 The 76ers' new mascot, Franklin, poses with young fans at The Franklin Institute

In front of a crowd of screaming kids at the Franklin Institute in Center City, the Sixers introduced their new mascot, Franklin.

He dances. He dunks. And he barks.

The big blue dog entered like a wrestler from the rafters, danced and greeted the young fans in attendance, and even gave away some free tickets.

The Sixers also revealed the "chief design team" of their mascot project, which consisted of a handful of kids.

You won't have to wait long to see Franklin at a game.

He’ll debut on Friday, February 20 when the Sixers host the Pacers. It was also announced that the first 5,000 fans 10 and under will receive Franklin replica jersey, complete with the paw print in place of the number.

For the Sixers upcoming home game against the Jazz (March 6), all kids 12 and under will get a free ticket (limit of five) with the purchase of an adult ticket.

Thank you for the warm welcome, Philly! Let's get started! pic.twitter.com/0lZ6RUFxRZ