Two injured, one charged, in head-on crash in Camden County 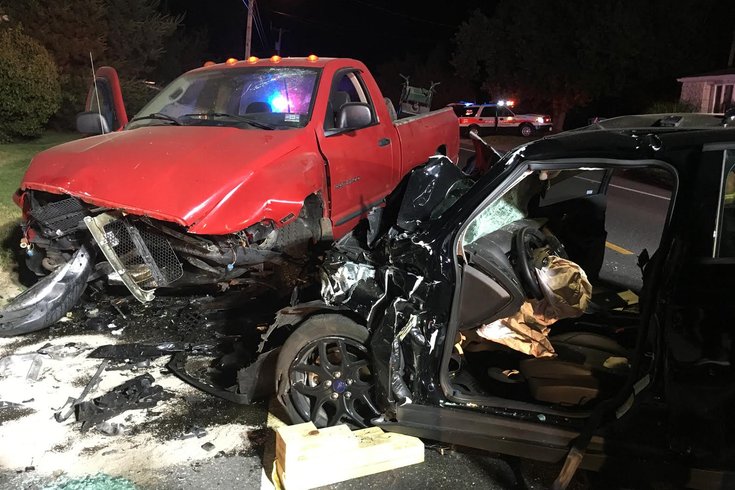 The driver of a dark-colored Ford Escort on the right veered headon into the path of a Dodge pickup truck Monday, June 20, 2016. The Ford's driver has been charged with numerous offenses, including drug possession, according to Winslow Township Police.

Drugs and paraphernalia allegedly were found in the Ford Escort driven by Melissa A. DiPasquale, 34, police said. She's been charged with multiple offenses.

DiPasquale had to be cut out of her mangled vehicle by rescue crews following the 10:25 p.m. accident.

A medical helicopter flew her to to the trauma center at Cooper University Hospital in Camden.

The driver of the Dodge pickup truck, Stephan Dilolle, 58 of Sewell, Gloucester County, also was transported to Cooper Hospital, but by ground via a Winslow EMS unit.