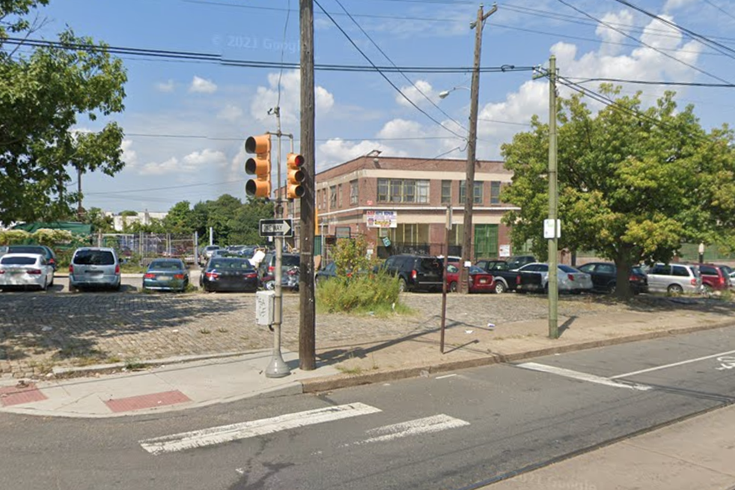 The intersection of Lindbergh Boulevard and Grays Avenue is one of several roads in Southwest Philly that will be reconstructed as part of a safety improvement project.

Drivers should expect delays along portions of Elmwood Avenue, Lindbergh Boulevard, Grays Avenue and 49th Street in Southwest Philadelphia over the next two weeks due to a construction project that includes resurfacing and safety upgrades.

New crosswalks, protected bicycle lanes, roadway markings and flexible delineators will be installed. The existing bicycle lanes on Lindbergh Boulevard, Grays Avenue and 49th Street will be combined into a two-way track on one side of the road. Dedicated spaces for SEPTA trolley riders also will be set up.

The following corridors will be striped with new lines and repaved with new asphalt:

There were 47 reported car crashes involving 96 people along these roads from 2015-2019, killing two people and seriously injuring three others. They are included among the city's Vision Zero High Injury Network, which encompasses 10% of the city's roads, but 80% of car crashes.

From Monday through Friday, Nov. 5, drivers should be prepared for periodic lane closures from 7 a.m. to 4 p.m. and 7 p.m. to 5 a.m. Driving lanes mostly will remain open, but motorists are encouraged to allow for extra time when traveling through the impacted area.

Drivers, bicyclists and pedestrians should follow posted signs, detours and parking notices during construction. Signs will be posted on each block with construction details, including dates and hours.

This is part of a $9.8 million project by PennDOT to repave more than 44 miles of state roadway in Philly. Other road safety improvement areas include Market Street between Seventh and Front streets and Chestnut Street between Broad Street and Penn's Landing Road.