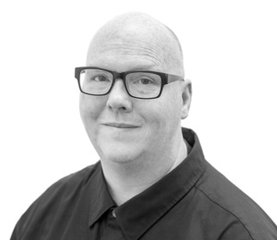 HughE Dillon is a self taught photographer who photographs charity events, openings or anything he thinks others would find interesting - especially the weather and celebrities who visit our City. He's been dubbed “Philly’s lone paparazzo” who's photographed Bradley Cooper, Sylvester Stallone, Reese Witherspoon and has had his camera broken by Jennifer Aniston's bodyguard right after he said "Jen you look beautiful today."  Members of the city’s PR community call him a “big cheerleader for Philadelphia.”  Follow him on Instagram @PhillyChitChat

Nightmare Before Tinsel is a new, pop-up, Halloween-themed bar at 16 S. 12th St. in Philadelphia. Here are photos from the bars preview party on Oct. 1. The bar opens to the public on Oct. 3 and will remain open until Halloween on Oct. 31.

The Bucks County Playhouse held it's 80th Anniversary Gala on Sept. 28, 2019. The event was emceed by actress Marilu Henner and featured a musical performance by her "Taxi" co-star Tony Danza.

More than 50 restaurants battled for bragging rights at the 9th annual Philadelphia Burger Brawl on Sunday.

The 2019 POPS Ball hosted their annual gala on Thursday night at the Bellevue Hotel in Center City Philadelphia.

It was a star-studded evening on the stage at the Wawa Welcome America July Fourth Concert & Fireworks on the Benjamin Franklin Parkway. Performances by Grammy Award-winning Meghan Trainer, and two-time Grammy Award-winning artist Jennifer Hudson, who performed with The Philly POPS BIG Band.

The Philadelphia Zoo hosted their annual Summer Ale Festival on Saturday night, June 22. Nearly 4,000 people enjoyed the after hours event where they had a chance to sample over 150 craft beer and cider pours from over 70 regional and national breweries.
previous Page 2 of 7 next