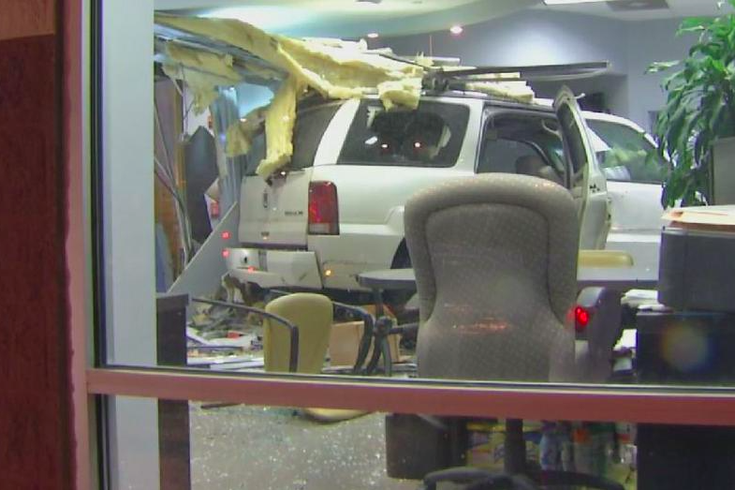 Police are looking for the driver and passenger of an SUV that crashed into United Bank in North Philadelphia early Thursday morning.

An SUV crashed into a bank in North Philadelphia early Thursday morning after striking another vehicle, CBSPhilly reports.

The driver of an Escalade slammed into the United Bank at Broad and Jefferson streets shortly before 2 a.m., before running away from the scene with passengers, police said.

According to investigators, the driver ran a red light and smashed into another car, causing the Escalade to drive through the front window and door of the bank.

The bank is not expected to open Thursday while the scene is under investigation.