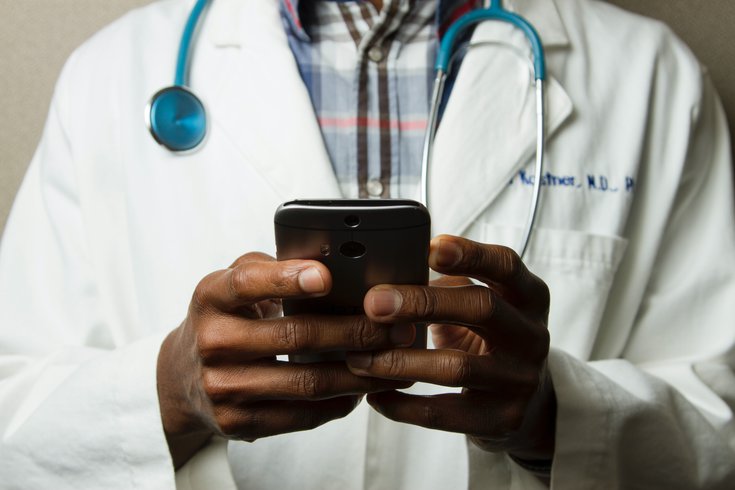 A Penn Medicine study found that the utilization of telemedicine during the COVID-19 pandemic eliminated a racial disparity in primary care follow-ups after hospitalization.

The popularization of telemedicine in response to the COVID-19 pandemic reduced the racial disparity seen in patients returning for follow-up appointments after hospitalization, according to new research from Penn Medicine.

In an effort to provide care during the public health crisis, the use of telemedicine grew as 2020 progressed and became one of the main modes used for primary care visits. The study found that this increased the visit completion rates for Black patients, climbing from 52% to 70%, making them comparable to the 67% seen with white patients.

These differences are sometimes attributed to discrepancies in socioeconomic status or medical mistrust, which exacerbates already present disparities.

"We do have data from here in Philadelphia that there are racial inequities in geographic access to primary care providers," said Dr. Eric Bressman, the study's lead author. "That is one factor among many that may influence whether a patient is able to make it to a scheduled appointment."

Investigators pulled data from five Penn Medicine hospitals from 2019 through 2021 on adult patients who scheduled a follow-up appointment 30 days following hospitalization. They then assessed demographic information about the patients, whether the appointment was completed, and what method the patients used to access the appointment.

Since telemedicine was limited prior to the start of the pandemic, researchers began including it in their analysis for visits after June 1, 2020, when rates of both telehealth and in-person care were steadily growing.

After June 1, 2020, those who utilized telemedicine tended to be Black, female, and younger than those who continued with in-person follow-ups.

Still, the increase in prevalence of telemedicine had significant impacts across the board. Telehealth visits were associated with improved markers for access, both in follow-up completion rates and decreased time to follow-up after hospitalization.

Bressman notes in the study that no-show rates for in-person follow-up appointments have been historically low, which can influence health systems and lead to lower quality transitions of care.

"While there remain important questions about the relative quality of different kinds of telemedicine appointments, our findings show reduced time to follow-up and improved appointment show rates, which is certainly encouraging," he said. "But the sharp narrowing of racial disparities in visit completion rates was a surprise, in part because there is so much mixed information on telemedicine's impact on disparities in access to care."

Even without the closure of the racial gap, health care access improved overall with the popularization of telemedicine. Those who scheduled follow-up visits did so quicker than those who scheduled an in-person appointment.

The rate of scheduled follow-up appointments was 8.2% higher with the utilization of telemedicine, and visit completion rates rose by 22.5%.

The study concluded by hinting that telemedicine could have an overall positive impact on improving access to care, particularly for patients who face obstacles to accessing primary health care or follow-up visits. Researchers noted specifically that the distance from clinics could play a role, which is already "compounded while recovering from an inpatient stay."

Bressman said that while more research is needed, incorporating telemedicine in regular, everyday operations could sustain the results seen in the study.

"While there are evolving issues around quality, payment, and regulatory policy, we shouldn't lose sight of the fact that telemedicine was and can continue to be a vital access point for many people," Bressman said. "If it can promote access and even ameliorate disparities, then it is worth continuing to invest in."