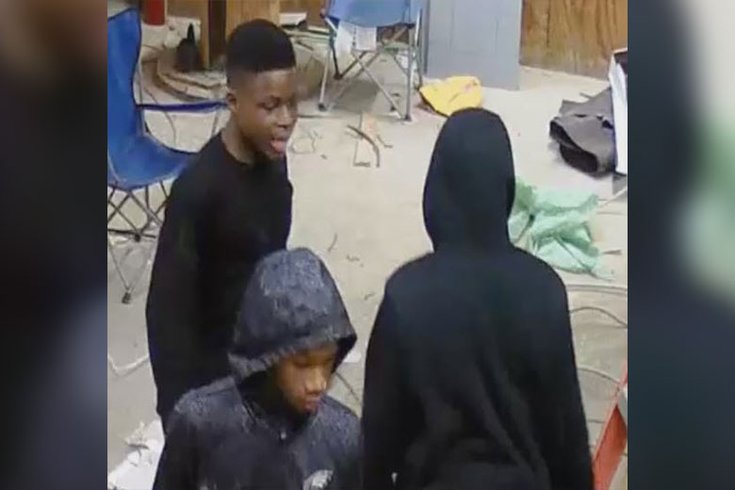 Police are looking to identify and locate the suspects wanted for a burglary/vandalism in Nicetown.

Police are seeking the public's help in finding three suspects wanted for burglary and vandalism in Nicetown.

In surveillance video released by police Tuesday, three unknown male juveniles can be seen entering a property that was being renovated at 4424 N. Broad St. on several occasions on Dec. 5.

An employee from ADPM Project Management returned in the morning to find that the suspects vandalized the property by punching and kicking holes in the Sheetrock, spray painting the walls and equipment and breaking tables, police said.

The suspects then fled the building in an unknown direction. The damage was estimated to be worth $5,000, authorities said.

Suspect No. 2: Black male, 14-17 years old, with a medium brown complexion and thin build, wearing a dark-colored hooded jacket with an Eagles logo on the front with "Eagles" on the back, dark-colored pants and white/black sneakers.