Tina Fey and Amy Poehler will host the 2021 Golden Globes 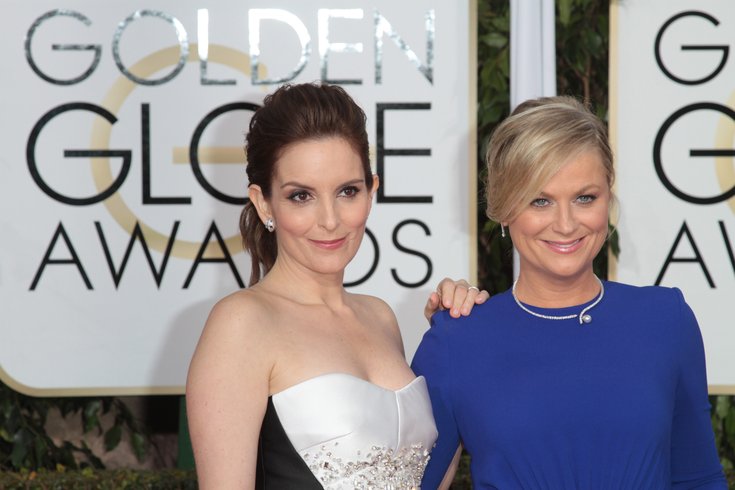 Tina Fey and Amy Poehler, seen here arriving at the Golden Globes in 2015, will return to host the awards show in 2021.

Tina Fey and Amy Poehler will return to host the Golden Globes in 2021, NBC and the Hollywood Foreign Press have confirmed.

“NBC has long been the home to two of the funniest people on the planet, Tina Fey and Amy Poehler, and we didn’t want to wait any longer to share the great news that they’ll be hosting the Globes once again,” Paul Telegdy, chairman at NBC Entertainment, said at the NBCUniversal Television Critics Association press tour.

The Delaware County native and her SNL gal pal will join forces yet again for their fourth time hosting the awards show. The duo previously hosted in 2013, 2014, and 2015. The pair's first year hosting brought in the highest ratings the show had seen in six years.

Fey and Poehler both swore they would not host the show again following their last hosting gig. Likewise, this year's host, Ricky Gervais, also swore he would never host again after his third time in 2012.

Andy Samberg and Sandra Oh hosted the show in 2019, while late night hosts Seth Meyers and Jimmy Fallon hosted in 2018 and 2017, respectively.

It was announced on Friday that the 2020 Academy Awards would go without a host again for the second year in a row. The Oscars went host-less last year after Kevin Hart stepped down from hosting the awards show after homophobic tweets surfaced days after the announcement.