Tipster: Way too much stock footage in McGinty ad

Someone called us to complain about the U.S. Senate candidate's new web spot 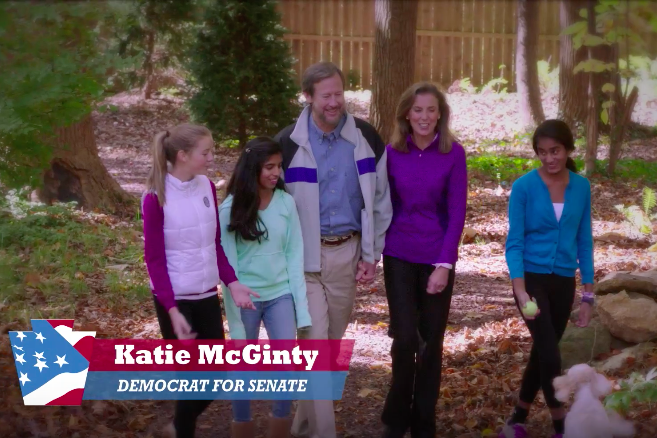 A still shot from a web ad that U.S. Sen. candidate Katie McGinty released on Monday.

A political observer with a lot of time to burn called Monday morning with a fun-fact tidbit.

On a day that two of three candidates in the Democratic U.S. Senate primary – Katie McGinty and John Fetterman – released ads, the caller threw shade at the former.

Specifically, that in looking at said ad, much of the footage was reminiscent of scenes that one would find by searching the term “Voting” on iStockPhoto.com and Getty Images, or for scenes matching up with the ad's vision (like "frustration over bills" or "cute boy looks at camera.")

This is the type of shade that gets bandied about throughout campaigns, many of which use stock footage, like, a lot.

Upon reviewing the footage, McGinty appears during 15 of the ad’s 30 seconds. The B-roll appears during the portion of the script that segues from the Iowa caucuses into the fact that elections will soon be held in Pennsylvania as well.

Yeah, it’s a bit hypersensitive to call out a Pennsylvania campaign for not committing resources for an Iowa themed web ad, but let the record reflect that the tipster was right. Stock footage appears 1, 2, 3, 4, 5, 6, 7, 8 times in the ad.

When contacted for comment Monday afternoon, the McGinty campaign declined to weigh in on the frivolity.

All of which is to say this: You're on notice, Fetterman, Joe Sestak and U.S. Sen. Pat Toomey: Someone out there is watching you very closely.

Take this all for what it’s worth.