The animal tranquilizer xylazine has been found in 91% of opioid samples in Philadelphia. It may be contributing to a rise in overdose deaths 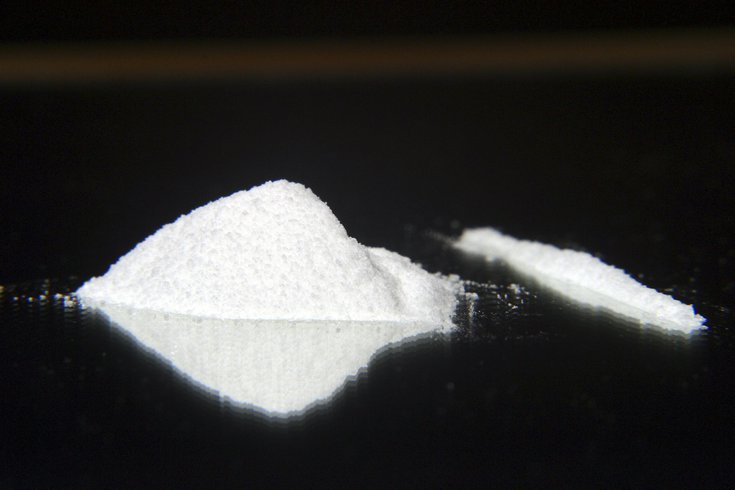 The animal tranquilizer xylazine, known as 'tranq,' is being mixed with the illegal fentanyl supply and cocaine. In Philly, it was found in 91% of opioid samples.

Approaching a van that distributes supplies for safer drug use in Greenfield, Massachusetts, a man named Kyle noticed an alert about xylazine.

"Xylazine?" he asked, sounding out the unfamiliar word. "Tell me more."

A street-outreach team from Tapestry Health Systems delivered what's becoming a routine warning. Xylazine is an animal tranquilizer. It's not approved for humans but is showing up in about half the drug samples that Tapestry Health tests in the rolling hills of western Massachusetts. It's appearing mostly in the illegal fentanyl supply but also in cocaine.

"The past week, we've all been just racking our brains — like, 'What is going on?'" Kyle said. "Because if we cook it up and we smoke it, we're falling asleep after."

(Only the first names of people who use illegal drugs are being used in this article.)

Kyle's deep sleep could also have been triggered by fentanyl, but Kyle said one of his buddies used a test strip to check for the opioid and none was detected.

Xylazine, which is also known as "tranq" or "tranq dope," surged first in some areas of Puerto Rico and then in Philadelphia, where it was found in 91% of opioid samples in the most recent reporting period. Data from January to mid-June shows that xylazine was in 28% of drug samples tested by the Massachusetts Drug Supply Data Stream, a state-funded network of community drug-checking and advisory groups that uses mass spectrometers to let people know what's in bags or pills purchased on the street.

Whatever its path into the drug supply, the presence of xylazine is triggering warnings in Massachusetts and beyond for many reasons.

As xylazine use rises, so do overdoses

Perhaps the biggest question is whether xylazine has played a role in the recent increase in overdose deaths in the U.S. In a study of 10 cities and states, xylazine was detected in fewer than 1% of overdose deaths in 2015 but in 6.7% in 2020, a year the U.S. set a record for overdose deaths. The record was broken again in 2021, which had more than 107,000 deaths. The study does not claim xylazine is behind the increase in fatalities, but study co-author Chelsea Shover said it may have contributed. Xylazine, a sedative, slows people's breathing and heart rate and lowers their blood pressure, which can compound some effects of an opioid like fentanyl or heroin.

"If you have an opioid and a sedative, those two things are going to have stronger effects together," said Shover, an epidemiologist at UCLA's David Geffen School of Medicine.

In Greenfield, Tapestry Health is responding to more overdoses as more tests show the presence of xylazine. "It correlates with the rise, and it correlates with Narcan not being effective to reverse xylazine," said Amy Davis, assistant director for rural harm-reduction operations at Tapestry. Narcan is a brand name of naloxone, an opioid overdose reversal medication.

"It's scary to hear that there's something new going around that could be stronger maybe than what I've had," said May, a woman who stopped by Tapestry Health's van. May said that she has a strong tolerance for fentanyl but that a few months ago, she started getting something that didn't feel like fentanyl, something that "knocked me out before I could even put my stuff away."

Davis and her colleagues are ramping up the safety messages: Never use alone, always start with a small dose, and always carry Narcan.

If someone has taken xylazine, the immediate goal is to make sure the person's brain is getting oxygen. So Davis and others advise people to start rescue breathing after the first dose of Narcan. It may help restart the lungs even if the person doesn't wake up.

Giving Narcan is still critical because xylazine is often mixed with fentanyl, and fentanyl is killing people.

"If you see anyone who you suspect has an overdose, please give Narcan," said Dr. Bill Soares, an emergency room physician and the director of harm reduction services at Baystate Medical Center in Springfield, Massachusetts.

Soares said calling 911 is also critical, especially when someone has taken xylazine, "because if the person does not wake up as expected, they're going to need more advanced care."

Some people who use drugs say xylazine knocks them out for six to eight hours, raising concerns about the potential for serious injury during this "profound sedation," said Dr. Laura Kehoe, medical director at Massachusetts General Hospital's Substance Use Disorders Bridge Clinic.

Kehoe and other clinicians worry about patients who have been sedated by xylazine and are lying in the sun or snow, perhaps in an isolated area. In addition to exposure to the elements, they could be vulnerable to compartment syndrome from lying in one position for too long, or they could be attacked.

"We're seeing people who've been sexually assaulted," Kehoe said. "They'll wake up and find that their pants are down or their clothes are missing, and they are completely unaware of what happened."

In Greenfield, nurse Katy Robbins pulled up a photo from a patient seen in April as xylazine contamination soared. "We did sort of go, Whoa, what is that?'" Robbins recalled, studying her phone. The image showed a wound like deep road rash, with an exposed tendon and a spreading infection.

Robbins and Tapestry Health, which runs behavioral and public health services in Western Massachusetts, have created networks so clients can get same-day appointments with a local doctor or hospital to treat this type of injury. But getting people to go get their wounds seen is hard. "There's so much stigma and shame around injection drug use," Robbins said. "Often, people wait until they have a life-threatening infection."

That may be one reason amputations are increasing for people who use drugs in Philadelphia. One theory is that decreased blood flow from xylazine keeps wounds from healing.