Two veterans, including one new addition, absent from Eagles OTAs 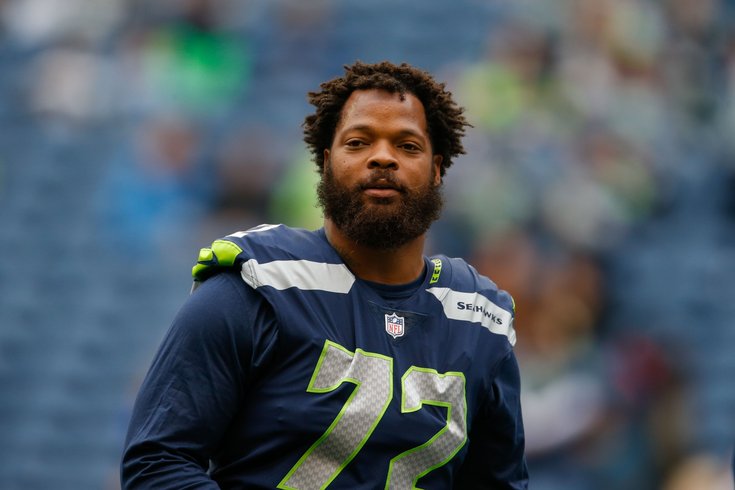 When the Philadelphia Eagles take to the practice field on Tuesday for the start of their annual Organized Team Activities – better known as OTAs – they'll do so under the bubble at NovaCare due to the rain. And with so many players in attendance, head coach Doug Pederson admitted that it might get a little crowded in there.

Two veteran players, however, will not be in attendance this week.

"The numbers are going to be great. Really all but two guys [will be absent] – Darren Sproles and Michael Bennett are the only two that aren't here, but we've communicated with them and stayed in touch with them," Pederson told reporters during a morning press conference. "I sound like a broken record, but it is a voluntary program and [these are] two guys that I don't have a lot of concern as far as their ability to help us win games because they're veteran players and they know how to get themselves ready to go."

One, Sproles, was almost a certainty. Not only is he coming off a pair of devastating injuries last season, but the diminutive back has been getting this treatment for several years, even when healthy. In other words, nothing to see here.

The other, however, is former Seahawks defensive end Michael Bennett, who is new to the team and defensive coordinator Jim Schwartz's system. But Bennett didn't attend OTAs while in Seattle, and his reasons for skipping the (again) optional practices that he gave last season, well, they're hard to argue with.

It's because he and his wife, Pele, have three daughters under the age of 9, and his life outside football is very important to him.

“I like to be a parent,” Bennett told Gregg Bell of the NewsTribune.com. “I’ve got daughters. I’m a coach. I’m a teacher at the school. I do things in the community. I try to balance my football life with my actual reality. So, to find that great balance as a human being. I think it’s important as athletes to find that."  [sportingnews.com]

And, according to Pederson, that won't be a problem in Philly.

"I really don't have any concern going forward with him acclimating himself to the defense," Pederson said of Bennett, adding that his absence has nothing to do with a pending legal issue in Houston. "You've been around long enough to understand Jim [Schwartz]'s style and what we teach, and it fits his strengths – and that's roll off the ball as a D-lineman. So it's just a matter of getting him in here and around his teammates."

As for the veterans who are in attendance, the Eagles staff will have to carefully manage their workload given the shorter-than-usual layoff following their Super Bowl win.

"We'll do our best to manage some guys," Pederson said. "We have a list of injured players and guys that we want to make sure we kind of rest during this time. You've got to understand that we're a month later, so our full recovery time has been less. So from that standpoint, I've got to do my job with how we handle some of our veteran players."