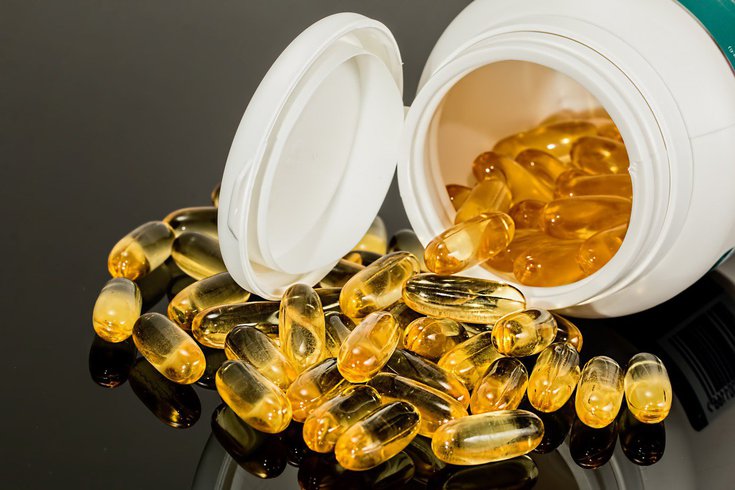 Older adults who regularly take vitamin D and fish oil supplements were found to have a decreased risk of developing an autoimmune disorder, according to new research.

Older adults who are looking to protect themselves from developing an autoimmune disorder may be able to do so by regularly taking vitamin D and omega-3 fish oil supplements.

A new study published Wednesday in the medical journal BMJ found that taking certain dietary supplements on a daily basis could help prevent adults ages 50 and up from developing conditions such as rheumatoid arthritis, psoriasis, thyroid diseases and polymyalgia rheumatica.

The study consisted of more than 25,000 participants of men and women ages 50 and older who were either given a dietary supplement or a placebo.

Researchers at Harvard Medical School found that older adults who took both vitamin D and fish oil supplements over a five-year period saw a 30% reduction in the development of an autoimmune disease.

Participants who took 2,000 international units of vitamin D3 everyday for five years experienced a 22% lower rate of confirmed chronic conditions. However, that dosage level is 2-3 times the recommended daily dose of vitamin D for adults, according to the National Institutes of Health.

Older adults who had been regularly taking vitamin D supplements for at least two years saw the risk of developing an autoimmune disorder decline by 39%, according to one study.

Participants who were given 1,000 milligrams of omega-3 fatty acid saw their risk of developing an autoimmune disease decrease by 15%. But the connection was not statistically significant until possible cases were factored into the study.

The study stemmed from previous research that was unable to find a connection between regularly taking dietary supplements and a reduced risk of cancer, heart disease and stroke in people with no prior history of these health conditions.

The study remains ongoing to find out which autoimmune disorders might benefit the most from daily supplementation. The research did not evaluate the effectiveness of vitamin D and fish oil supplements in preventing autoimmune conditions in adults under the age of 50.

Autoimmune diseases occur when the body's immune system sees normal cells and tissues as pathogens and begins destroying them, according to the researchers.

While an autoimmune disorder can appear at any stage in life, these chronic conditions happen more frequently among older adults — especially women. Autoimmune diseases are the third-leading cause of morbidity in the world and a leading contributor to mortality among women.

The body creates vitamin D from direct sunlight on the skin but humans can also get it from certain foods like fish, red meat and dairy products.

Vitamin D has been found to help develop healthy bones, cells and brain health. A deficiency in vitamin D has been tied to an increased risk for developing osteoporosis, heart disease, certain cancers, multiple sclerosis and dementia.

Taking too much vitamin D on a regular basis has been found to decrease bone density and increase the risk of kidney stones.

The health benefits of taking fish oil supplements remains mixed and inconsistent. Fish oil is often prescribed to reduce a person's triglycerides – a blood fat that at high levels can increase a person's risk of heart attack and stroke.

Omega-3 fatty acids can help protect against heart disease or other coronary events when the recommended amount is taken. But a higher dosage of fish oil supplements can lead to an increased risk of atrial fibrillation and prostate cancer.