Week 10 NFL odds: Point spread and total for every game, including Eagles vs. Broncos 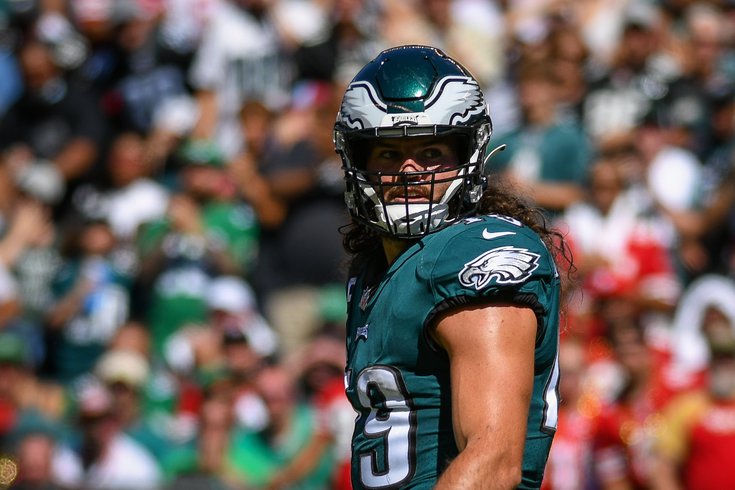 Week 9 in the NFL was a wild one that saw four teams favored by a touchdown or more lose, including the Bills falling to the Jaguars and the Cowboys losing to the Broncos at home.

Could Week 10 provide similar results? It's unlikely that two such weeks would happen in a row, but stranger things have happened. And with the roller coaster ride that has been the 2021 season — one that has the Chiefs struggling to stay above .500 and Aaron Rodgers sidelined by COVID while every team in the NFL except one (Arizona) has multiple losses — you can't rule anything out. That's why, with parity like that in the middle, we shouldn't be surprised that there were a slew of upsets last weekend.

This time around, there are more than a few games that seem prime for surprise finishes. As we do each Monday, let's take a look at all the Week 9 NFL odds from the upcoming slate of games...

Tua Tagovialoa was a late scratch for the Dolphins on Sunday. Even if he can play in this one on a short week, it's no surprise to see Baltimore favored by more than a touchdown. Miami was able to pick up a win without Tua, which isn't a surprise given there's not much a drop-off to backup Jacoby Brissett and they were playing the lowly Texans. They'll get a much more difficult test this week.

Dallas had been on a bit of a roll before a shocking loss at home to the Broncos on Sunday. The Falcons nearly Falcons'd hard in New Orleans, but were able to pull out the win on a last-second field goal. Playing at home once again, look for the Cowboys to get back on track this week.

The most surprising result of the weekend had to be the Jaguars' win over the Bills, a Super Bowl contender and one of the NFL's better offenses, after holding Buffalo to just six points. Despite that win, Jacksonville still finds itself as another double-digit underdog on Sunday against Carson Wentz and the Colts, who are coming off a long week following their Thursday night win over the Jets. Indy may be just 4-5 this season, but they've made their money beating bad teams, and that's what they'll be facing on Sunday when they host their division rivals.

The Browns picked up a much-needed win over the Bengals on Sunday, keeping all four teams in that division on the right side of .500 and proving they'll be just fine without Odell Beckham Jr., who was released late last week. The Patriots, meanwhile, have won four of their last five and are right in the thick of the playoff race themselves, just a half game back of the Bills.

Unfortunately for Patriots fans, it doesn't look like they'll be able to catch Buffalo even if they do beat the Browns, as the Bills have a favorable matchup against the Jets, who lost backup Mike White to injury but could be getting Zach Wilson back this one (although they may roll with White again anyway if he's healthy). It probably won't matter much who is under center, because the Bills can't lay two eggs in a row, right?

The Lions are still looking for their first win of the season, and even though they're coming off a bye they'll likely have to keep looking. Jared Goff and Detroit are headed into Pittsburgh to take on a Steelers team that's allowing just 20 points per game. And while Pittsburgh struggles to score — and will be coming off a short week after taking on the Bears on Monday Night Football — that probably won't be an issue against a Detroit defense that's allowing the second most points per game in the NFL this season.

Even with the Titans missing Derrick Henry, it feels like they should be a bigger favorite at home against the Saints in this one, especially considering the New Orleans is still with backup Trevor Siemian at quarterback. The Saints are one of the harder teams in the NFL to figure out, but we just saw the Titans go into SoFi Stadium and beat the Rams without their best player and NFL rushing champ, so you'd think they'd be giving up more than a field goal to New Orleans at home.

A rare matchup between two teams coming off bye weeks, and it's no surprise that Tampa is nearly a double-digit favorite in Washington. The Football Team is just 2-6 on the year, and will likely fall to 2-7 on Sunday as this line is already on the rise (after opening at TB -8).

The Eagles kept it close against the Chargers before ultimately falling on Sunday, and perhaps that's why oddsmakers think this one is again going to be close. If the Eagles stick to the run and can continue to control some possession — something they were unable or unwilling to do through the first month and a half of the season but have started doing recently — they can at least keep it close with Denver, if not win. The 5-4 Broncos, after trading Von Miller ahead of the deadline, likely again have playoffs on their mind following that win over Dallas.

We're still waiting to find out if Kyler Murray and DeAndre Hopkins will suit up for Arizona this weekend, but it might not matter if the Panthers can't figure out their QB situation. After a hot start to the season, Sam Darnold has been absolutely awful and those two playmakers mentioned above are hardly the only reason the Cardinals are 8-1 on the season and have the best record in the NFL.

The Vikings lost in heartbreaking fashion in overtime to the Ravens last week and get another tough test this week as they visit the Chargers, who are coming off a narrow road win over the Eagles that also ended with a last-second field goal. There's a good chance we see some points scored in this one, as both teams are in the top 10 in yards per game and in the bottom half of the league in yards allowed and points against.

Russell Wilson is expected to return for Seattle this week while Aaron Rodgers could miss a second straight start for Green Bay after testing positive for COVID-19. If that winds up being the case, there's a good chance this line swings considerably.

This is the first of two meetings between these two teams over the next month and this game could go a long way toward determining the winner in the AFC West when all is said and done, even if it's not one of these two teams that winds up winning the tightest division in football. Currently, all four teams are 5-4 or 5-3 and, interestingly enough, only the last place Broncos have a positive point differential at the moment. Will Patrick Mahomes and the rest of Andy Reid's team finally wake up and return to form? Or will Vegas put some more distance between themselves and the defending AFC champs?

Both of these teams are coming off losses in which their opponents were missing their best players. For the Rams, it was that loss to the Henry-less Titans, while the 49ers fell to the Cardinals without Murray and Hopkins. It's no surprise that L.A. is the favorite even on the road in this division matchup, given that they've been one of the best teams in the NFL this season, their loss to Tennessee notwithstanding.