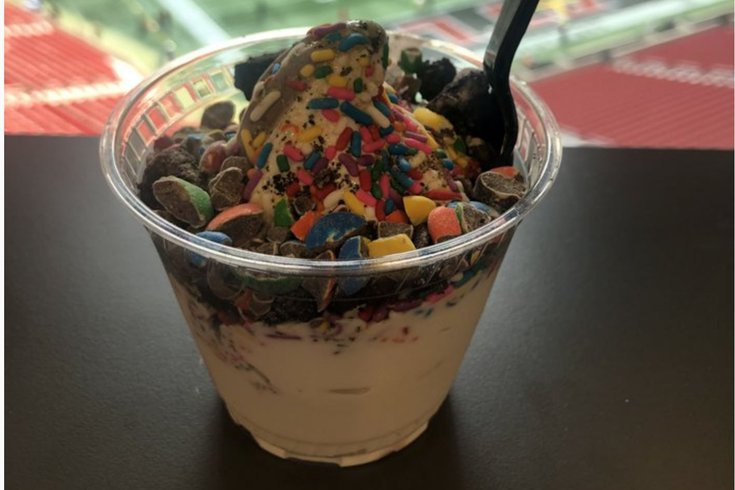 The Falcons did not come to play on Sunday, but their food service people did.

Throughout the season, we'll be posting press box food spread rankings for each of the Philadelphia Eagles' road games. This is probably of no interest to you if you're a sane human being, and, well, I don't care. I'm doing this anyway.

If you're fake-appalled by a sportswriter playfully complaining about free food, shut up, nerd. Please note that we'll have the most recent press box reviews at the top.

From the time the Falcons opened their food spread at 11:00 a.m. until around 12:30 p.m., I had all of the following, in chronological order:

Normally, I don't eat everything that each press box offers, but it all looked good, so I thought I owed it to the Falcons — and more importantly, to you — to sample as much of it as I could. The game hasn't even started as I type this very sentence, and I want to take a long nap.

Update at 12:35 p.m.: Jeff McLane of the Inquirer just came over to talk press box food spread shop with me, and he noted that they also have a brisket sandwich. I'm sorry, but I just can't. That's not happening.

Anyway, the all-star of the pre-game spread was the ice cream sundae: 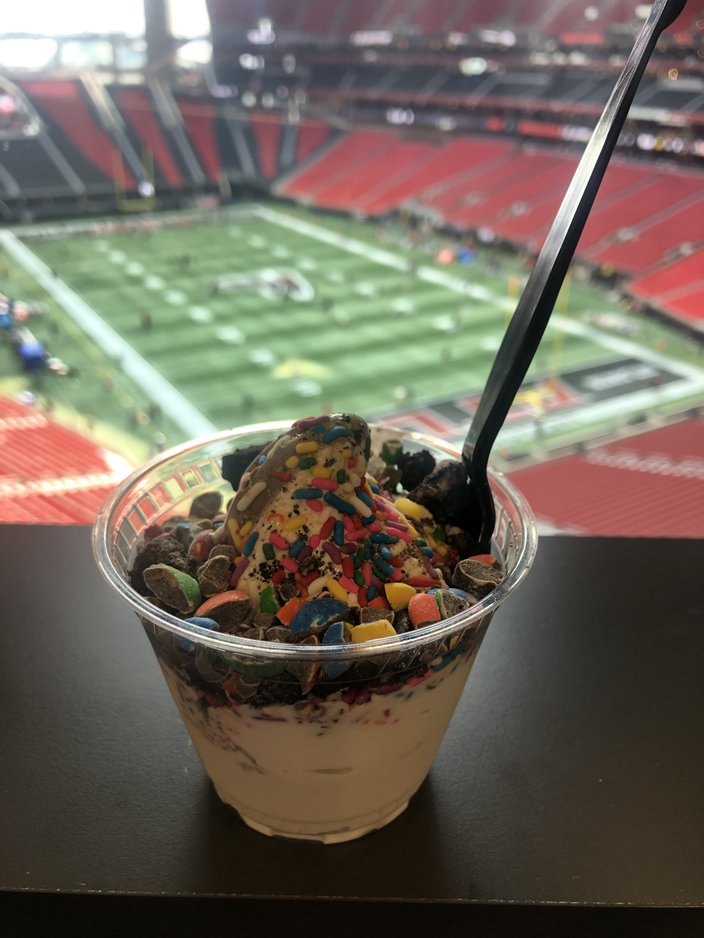 Yes, the Falcons served ice cream in the morning. And yes, they will be rewarded for doing so.

The chicken parm, mac and cheese, and garlic bread came in a pre-packaged box, COVID-style, like most teams served food during the 2020 season. For a boxed lunch, it was better than anything we had on the road a year ago.

The carved turkey with chimichurri was OK, and I only ate the pretzel to see how it stacked up vs. the Eagles' pretzels. Again, it was fine. Eliot Shorr-Parks of WIP asked if cheese came with it, and when I said I believed it was a dipping option, he opined, "I prefer my soft pretzels to have cheese on the inside." No word if Eliot traveled to Atlanta in a private Gulfstream G4 jet.

The hot dog was very good, and it even came on a black sesame seed bun. Normally, I'd have skipped the hot dog, but if they're going to go to that extra effort, it would be rude not to eat it. It was delicious.

Again, I ate all of the above things before the game even started. At halftime, the Falcons served street chicken pitas with lettuce. Normally, the halftime meal is sort of like the ugly brother to whatever the main pre-game meal was, but the street pita was pretty good. 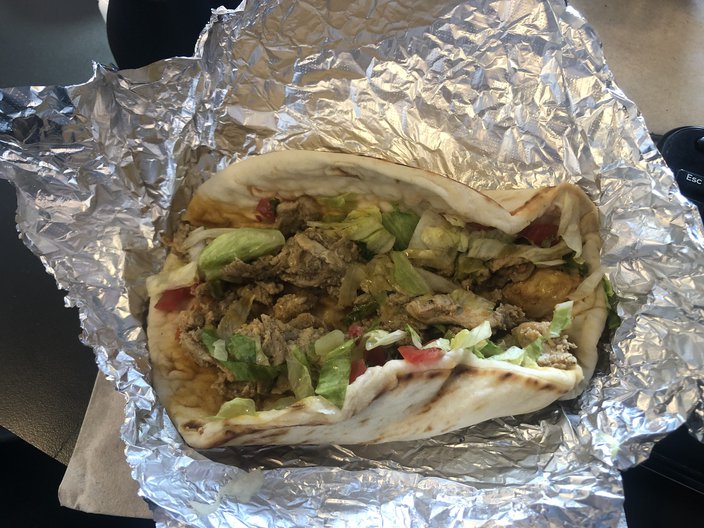 The Falcons also served popcorn, cupcakes, chocolate chip cookies, and they had a salad bar (no room for empty vitamins). Normally, I'd at least sample the cookie, but I had already put my stomach through enough. I noticed during the game that Tim McManus of ESPN had sampled a couple of cookies, so I texted him bright and early on Monday morning for his take. 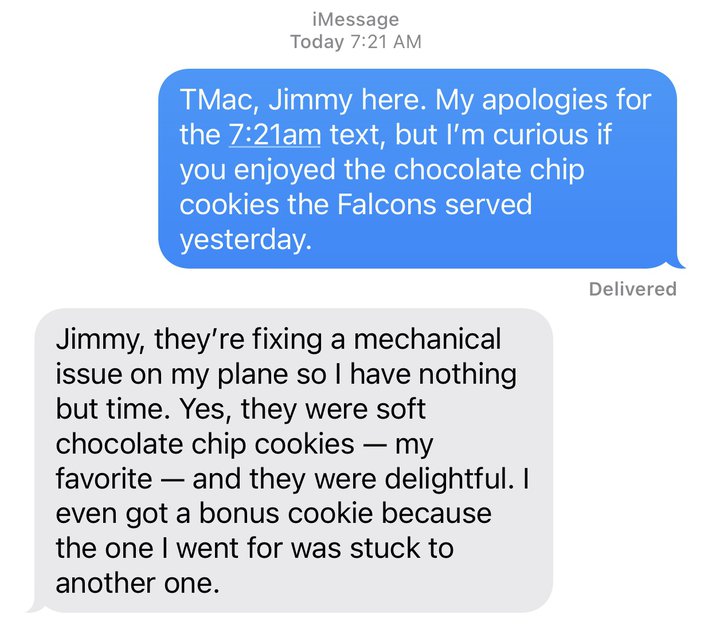 So there you go.

Grade: This spread wasn't quite as good as the one the Falcons put out in 2019, but it's fair to note that we're grading these on a curve, as COVID is affecting what each team is able to serve, and how they serve it. It was a far batter spread than anyone put out in 2020, and for that, on opening weekend of the 2021 NFL season, they earned themselves an A.