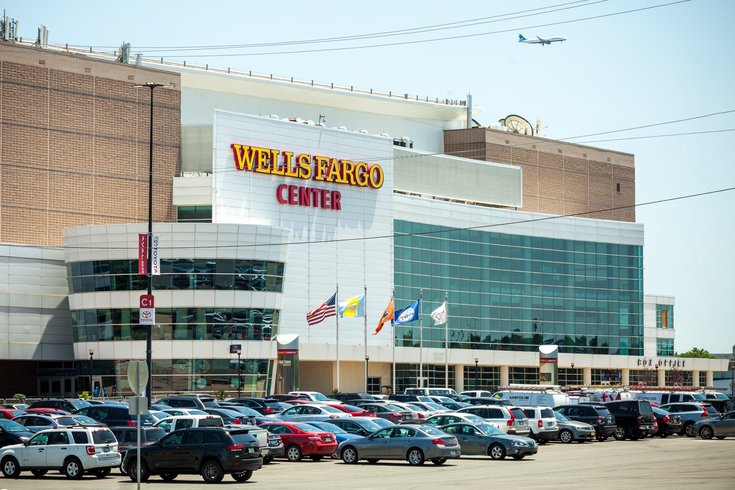 The Wells Fargo Center, home to both the Flyers and the Sixers, will introduce a pair of hi-tech sports lounges-as-sports books this fall.

As live sports and sports betting careen towards an intertwined future, the Flyers are getting out ahead of the action.

SugarHouse Casino, which will soon be known as Rivers Casino, announced a multi-year deal with the Wells Fargo Center and the Philadelphia Flyers on Wednesday, making the casino and PlaySugarHouse.com their official sports book partners.

For the average fan, the main attraction of the deal will be a pair of "hi-tech sports lounges" at the Wells Fargo Center opening this fall. The lounges will be ready for the Flyers' home opener Oct. 9 against the Devils, and will feature nearly 100 television screens for fans watch the action on the ice, and around the sports world, while betting on sports on their phones.

The lounges sound similar to the ones installed at the Devils' Prudential Center last season in a partnership with sports book operator William Hill.

Interestingly, the release Wednesday about the Wells Fargo partnership doesn't make any mention of the 76ers, the other team occupying the Wells Fargo Center from October through April, and likely beyond. The 76ers are owned by Josh Harris' Harris Blitzer Sports & Entertainment group, which also owns the Devils and the Prudential Center. Whether last October's partnership with William Hill influenced the Sixers' involvement in the SugarHouse partnership is unclear, but it would certainly make sense.

“These new lounges will bring the energy and excitement of PlaySugarHouse.com, a market-leading sportsbook, into the arena and introduce another step in our transformation to become one of the most technologically-advanced arenas in the world," Valerie Camillo, President of Business Operations for the Flyers and Wells Fargo Center, said in a release Wednesday.

The lounges won't be the only big changes to the Wells Fargo Center when fans return for the Flyers' and Sixers' regular seasons.

A new, state-of-the-art, kinetic 4K scoreboard is going up at the arena as we speak (or, you know, type) in South Philly. The scoreboard will feature the most square feet of center-hung, 4mm LED video technology in a dual NBA-and-NHL arena.

Whether any of this will help the Flyers reach the playoffs this season is unclear.