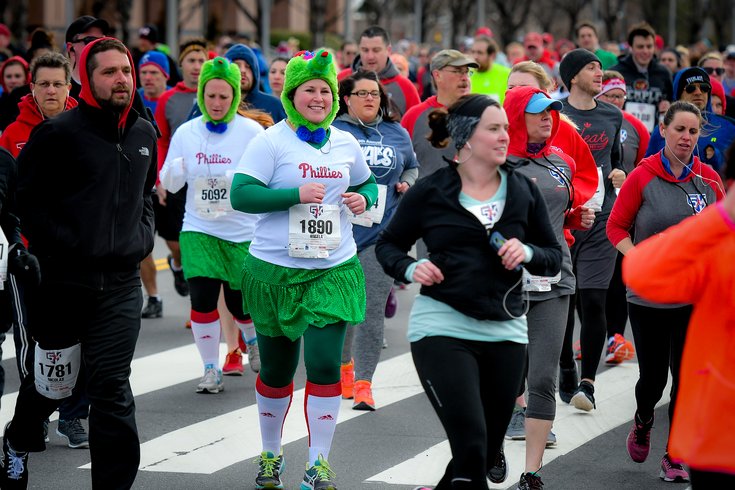 Runners dress in their favorite Phillies gear for the annual Phillies Charities 5K.

Along the route, which loops through the Navy Yard, there will be live music and Phillies-related surprises to keep runners motivated. Then, once across the finish line, runners can take a victory lap around the ballpark field.

Registration for the 5K opens Friday, Jan. 5, at 10 a.m. The fee is $50 per person (must be 13 or older), with net proceeds benefitting Phillies Charities, Inc.

RELATED: Everything you need to know about the 2018 New Jersey Marathon

New this year, runners have the option to have their race packet mailed to them, instead of picking it up at the ballpark.

All race participants receive a voucher for four Phillies tickets, a long-sleeved shirt, a finishers medal, a gear check bag and a coupon for 20 percent off at the Majestic Clubhouse Store.

For the top overall male and female finishers, there are prizes, including a baseball bat autographed by a Phillies player and recognition on the field prior to the Phillies game on Saturday, April 7.