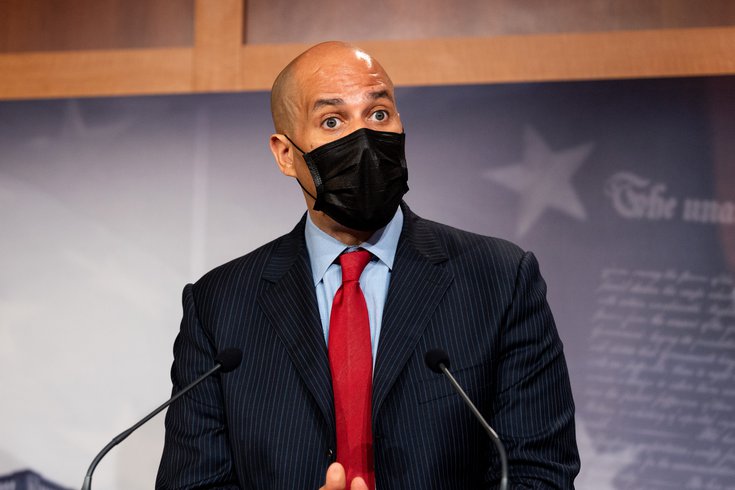 New Jersey Sen. Cory Booker is scheduled to speak at the Democratic National Convention this week on Thursday night.

As the 2020 general election heats up, the Democratic National Convention is set to get underway this week in Milwaukee, Wisconsin.

The highest-profile aspect of the quadrennial political conventions are the speeches that take place during the evenings. The speeches are typically given by elected Democratic officials and party leaders from across the country at the local, state, and federal levels.

Many household names in the Democratic Party, including Biden and Harris themselves, will address the public at the convention this week, including some who represent and/or have direct ties to the Philly region.

The most notable Philly-area connection is Biden himself, who set up his presidential campaign headquarters within the city. Here’s all the Philly-area speakers at the 2020 Democratic National Convention.

While her husband will be the last person to speak on the fourth and final night, former Second Lady Dr. Jill Biden is scheduled to address the convention on Tuesday night at around 10 p.m.

Born in Hammonton, Atlantic County, Biden grew up in Willow Grove, Montgomery County. A self-described “good Philly girl,” Biden received her Masters in Education from West Chester University and her Masters in Arts from Villanova University.

New Jersey Sen. Cory Booker is scheduled to address the convention on Thursday during the 9 p.m. hour.

Booker, who was first elected to the U.S. Senate in a special election in 2013 before winning in the general election the following year, is seeking a second full-term this fall.

U.S. Rep. Brendan Boyle has been selected to speak at the Democratic National Convention, the three-term congressman tweeted on Sunday.

I would like to thank @JoeBiden for selecting me. In the address, my fellow speakers and I will make clear why his leadership is needed in the White House, now more than ever. @DemConvention 2/2

Boyle, who was first elected to Congress in 2014, represents Pennsylvania's 2nd Congressional District, which is primarily Northeast Philly.

Before 2019, Boyle was the representative for Pennsylvania's 13th congressional district, which previously consisted of Northeast Philly and parts of Montgomery County. Born and raised in Philly, Boyle is seeking a fourth term this fall.

Representing Biden’s home state in Congress, Blunt Rochester has served as a co-chair of the former U.S. senator’s presidential campaign. She also was a member of Biden’s vetting committee to select his running mate for the election.

Blunt Rochester is scheduled to speak during the 9 p.m. hour on Tuesday night.

A complete speaker schedule of the 2020 Democratic National Convention can be accessed here.