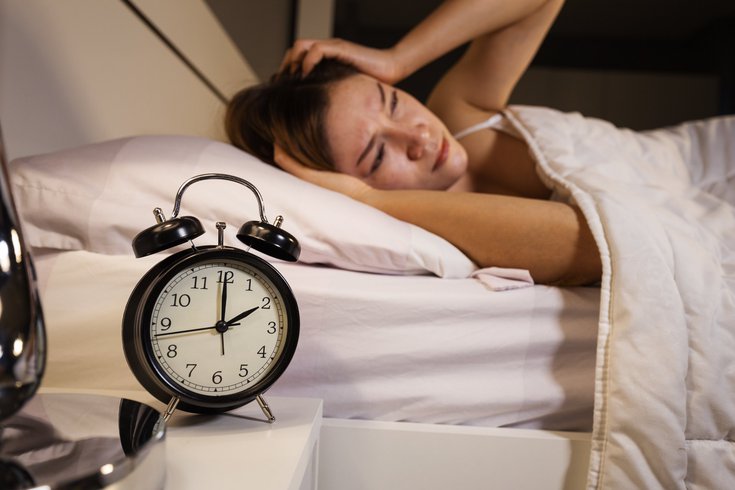 A new study shows that adults who get less than six hours of sleep are 30% more likely to develop Alzheimer's in their old age.

There is no shortage of research that backs the health benefits of a full night's sleep, but a new study found that sleeping less than six hours a night could have a devastating lasting impact on middle-aged adults.

A study published Tuesday in the journal Nature Communications found that 50- to 60 year-olds that slept six hours or less a night were 30% more likely to develop dementia than those who slept seven hours.

Researchers followed 8,000 people over the course of 25 years and discovered that a short night's sleep increased dementia risk, independent from "sociodemographic, behavioral, cardiometabolic and mental health factors," according to CNN.

Sleep is essential for normal brain function, Tara Spires-Jones, the deputy director of the Centre for Discovery Brain Sciences at the University of Edinburgh in Scotland, said in a statement.

Without enough sleep, the brain cannot function properly and can impair your abilities to concentrate, think clearly and process memories, according to the Sleep Foundation. Lack of sleep has also been linked to Type 2 diabetes, obesity, high blood pressure, heart disease, stroke, poor mental health and early death.

"What's the message for us all? Evidence of sleep disturbance can occur a long time before the onset of other clinical evidence of dementia," explained Tom Dening, head of the Centre for Dementia at the Institute of Mental Health at the University of Nottingham in the U.K.

Dening said this study cannot establish cause and effect, though poor sleep is not good for the brain and can leave it vulnerable to neurodegenerative conditions like Alzheimer's disease.

Alzheimer's patients suffer from sleep issues like insomnia, nighttime wandering and daytime sleepiness, as well as cognitive disorders like Lewy body dementia and frontal lobe dementia. Poor sleep patterns could be a signal of the dementia to come, Dening said.

Previous studies showed that people who get less REM sleep may be at higher risk for developing dementia as well.

Also, another study revealed that healthy middle-aged adults who slept badly for just one night produced excess beta amyloid plaques, which are common in Alzheimer's patients. Beta amyloid disrupts communication between brain cells and eventually kills the cells as it accumulates in the brain.

This new study followed a large population over a long period of time, meaning it adds "new information to the emerging picture" of the link between sleep deprivation and dementia, Elizabeth Coulthard, an associate professor in dementia neurology at the University of Bristol in the U.K., said in a statement.

"This means that at least some of the people who went on to develop dementia probably did not already have it at the start of the study when their sleep was first assessed," said Coulthard, who was not involved in the study.

While there is no surefire way to prevent dementia, there are lifestyle changes everyone can take to reduce the risk.

The Sleep Foundation said there are several ways to reinforce a healthy sleep routine: