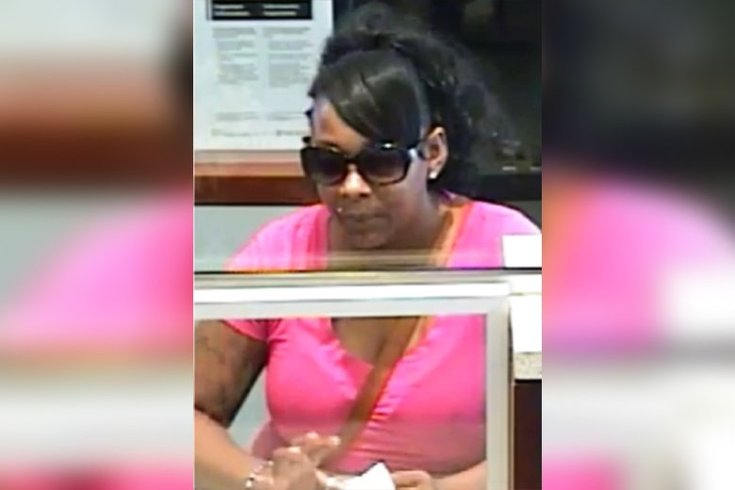 The FBI and Philadelphia Police Department released a photo of a woman they say tried to rob a bank in the city's Juniata Park section.

The attempt occurred Tuesday around 1 p.m. at the PNC Bank located at 1001 East Erie Avenue.

Authorities allege the woman walked to the counter and handed the teller a demand note. However, the woman left empty-handed.

The suspect is described as a 5-foot woman in her late 30's or early 40's with a heavy build and a dark complexion. She also has a piercing above the right side her upper lip.

Law enforcement officials are offering a reward for information that leads to an arrest.