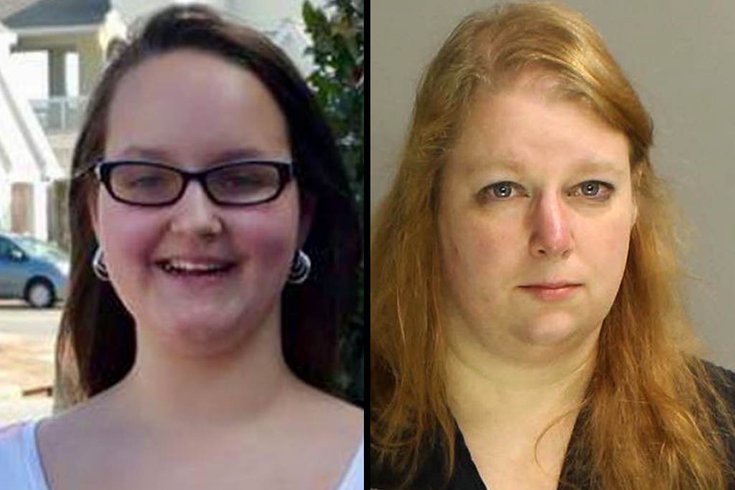 The body of Grace Packer, 14, left, who was reported missing July 11 from her home in Ardsley, Montgomery County, was found in northeastern Pennsylvania on Oct. 31. Her mother, Sara Packer, 41, who reported Grace missing, was charged in November with endangering the welfare of a child by a parent or guardian, a felony, and a related charge, authorities said. She has not been charged with her daughter’s death.

The body of a Montgomery County teenager reported missing since the summer has been found in a wooded area of Luzerne County, officials announced Thursday.

The death of Grace Packer, 14, of Abington, has been ruled a homicide. Her dismembered remains were found Oct. 31 by two hunters near the Francis Walter Dam in Bear Creek Township.

“It was determined after comparing the dental remains with known missing persons reports entered into national missing persons databases that the identity of the remains was that of Grace Packer,” Luzerne County District Attorney Stefanie J. Salavantis said.

An autopsy determined the death to be a homicide, but officials declined to release the cause of Packer's death because of the ongoing investigation.

The teen's mother, Sara Packer, 41, was charged last month in Montgomery County with child endangerment, a felony, and obstructing administration of the law, a misdemeanor. She has not been charged with her daughter's death, but officials said they consider her a person of interest.

Detectives alleged that Sara Packer withheld critical information and gave misleading statements to police after reporting her daughter missing on July 11. They say that inhibited efforts to locate Grace Packer.

Detectives allege Sara Packer failed to tell Abington Police that her family was in the process of moving to Richland Township, Bucks County, when she reported Grace missing. She also did not provide police any photos of Grace until two months after she was reported missing, police said.

Sara Packer was held for trial on both charges at a preliminary hearing on Nov. 21. She is being held in the Montgomery County Correctional facility in lieu of $10,000 bail, 10 percent cash.

Detectives are interested in speaking with anyone who saw or encountered Sara and Grace Packer — either individually, or together — at any time from June forward, particularly in public places and retail stores in the Abington and Quakertown locales. Anyone with information is asked to call Bucks County detectives at (215) 945-3100 or email buckscrimetips@buckscounty.org.

“Even now, months later, someone might remember something that seems insignificant, but it could be a key piece of evidence in solving Grace’s murder and bringing justice for Grace Packer,” Steele said. “We urge the public to call Bucks County detectives with anything they might know.”