Bon Jovi to Rutgers-Camden grads: 'Start your own revolution'

'I'll see you at the reunion' rocker sings to class 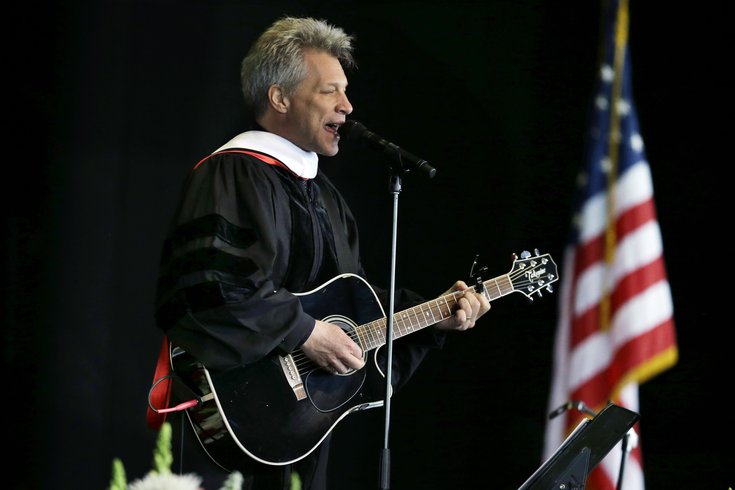 Rock star and philanthropist Jon Bon Jovi performs a new song during graduation ceremonies at Rutgers University-Camden Thursday, May 21, 2015, in Camden, N.J. The New Jersey native premiered a new song, "Reunion," which he said was a gift to graduates.

We don't know what other commencement speakers are doing, but Jon Bon Jovi has taken the early lead for coolest.

During Thursday's graduation ceremony at Rutgers' Camden campus, the celebrated rocker picked up his guitar and serenaded the class of 2015 with song written especially for the occasion and as his gift to the students.

You can catch part of Jon Bon Jovi's performance of 'Reunion' here. 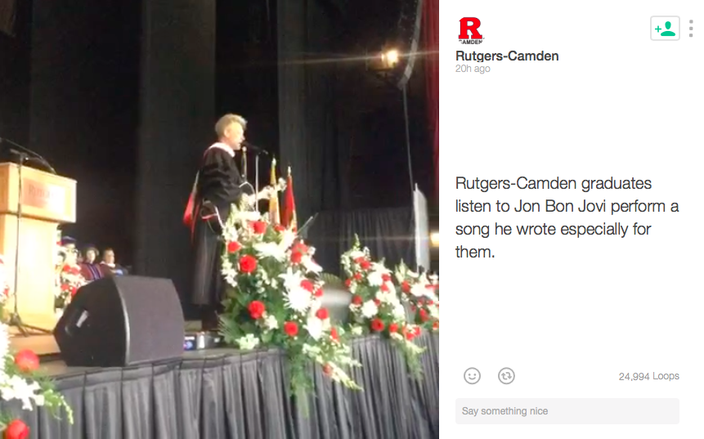 During the convocation, Bon Jovi, who was lauded for his work with the homeless, and Bryan Stevenson, noted legal scholar and executive director of the Equal Justice Initiative, which represents death row prisoners in the Deep South,  were awarded honorary degrees.

And learn more about Stevenson here.