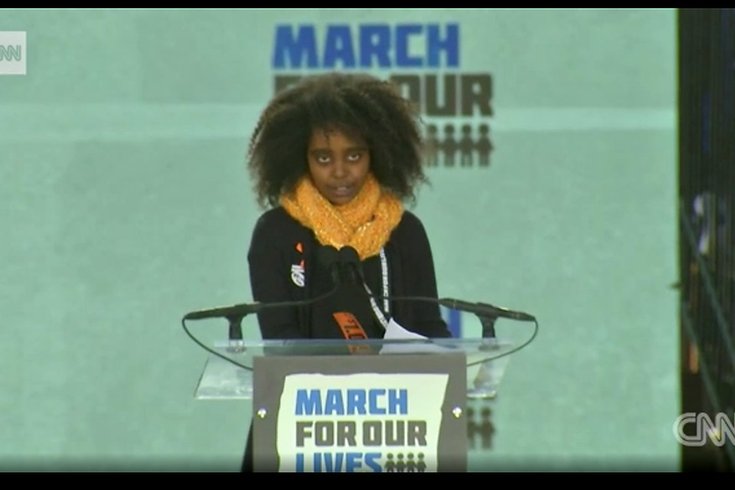 Naomi Wadler, 11, a fifth-grader from Alexandria, Virginia, speaks at the March for Our Lives rally in Washington, D.C. "My friends and I might still be ... in elementary school, but ... we know what is right and wrong," she said.

It is inspiring to see the survivors of the school massacre in Parkland, Florida organize and mobilize so passionately against gun violence.

The March for Our Lives that took place in Philadelphia and many other cities throughout the country is a testament to the fact that no matter what age, a small group of motivated citizens can create social change.

Eleven-year-old Naomi Wadler, from Virginia, went viral for her impassioned speech about remembering the African-American women who are often forgotten victims of gun violence.

Right now, kids are using their voice as their vote. And America is listening. But why is it that an 11-year-old understands the need for sensible gun laws, but many Republicans do not?

Some are beginning to. I was pleased to see Pennsylvania Sen. Pat Toomey join Sen. Chris Coons of Delaware in calling for legislation that would require federal authorities to alert state law enforcement when someone attempts to buy a gun but fails a background check.

After the school massacre in Parkland, Florida, we said that this event, like so many before it, illustrates the danger in allowing civilians to own assault rifles. Our national conversation quickly became about AR-15s, which are killing machines, not used for hunting or defending one’s home. 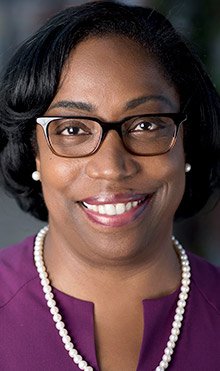 But we cannot become narrowly focused on assault rifles in our pursuit of sensible gun laws. There are shootings, many of which are fatal, nearly every day on the streets of Philadelphia.

It is not semi-automatic rifles, but rather handguns that are used in almost every shooting on our city streets.

Just as in many school shootings and other mass casualty events, the culprits, until the moment of their crimes, were legal gun owners. In Philadelphia, many weapons that are used in crimes were originally owned legally.

Our current gun laws make it too easy for straw purchasing or for someone to simply claim their gun was lost or stolen when it ends up used in a crime.

We need to strengthen and expand our gun laws and background checks, including mental health records, for all firearm purchases. We must reduce the amount of guns on our streets, city and suburban.

Michele Lawrence is a candidate for the 2nd Congressional District of Pennsylvania.