The best way to drive down transmission is by getting doses in the arms of unvaccinated people worldwide, scientists say 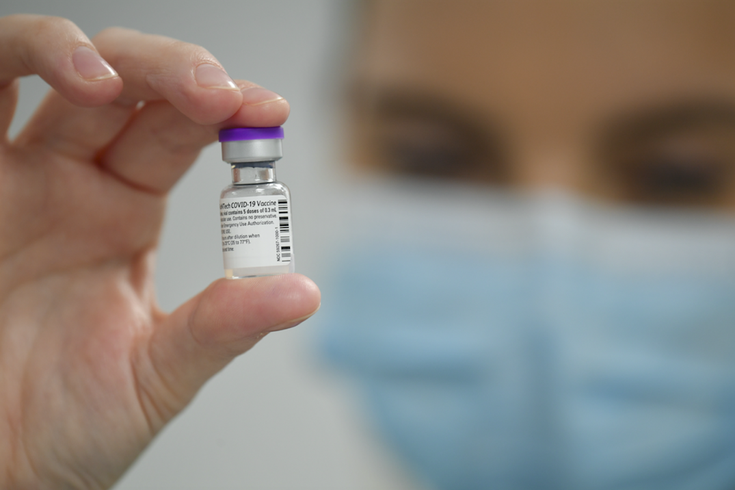 Authors of an international review say current COVID-19 vaccines are effective enough against severe illness and death. Therefore booster shots are not be needed for most people.

COVID-19 vaccines are so effective at preventing severe illness — even against the delta variant — that booster shots are not needed for most people, according to a large international data review.

The international review, published in The Lancet, was conducted by a team of scientists that included members of the World Health Organization and the U.S. Food and Drug Administration.

"Although the idea of further reducing the number of COVID-19 cases by enhancing immunity in vaccinated people is appealing, any decision to do so should be evidence-based and consider the benefits and risks for individuals and society," WHO scientist Soumya Swaminathan said."These high-stakes decisions should be based on robust evidence and international scientific discussion."

The primary goal of vaccination is to protect against severe disease — and the COVID-19 vaccines do just that, said Ana Maria Henao-Restrepo, a medical officer at the WHO's Initiative for Vaccine Research.

The limited global supply of vaccines would save the most lives if they were given to unvaccinated people at risk of severe illness, Henao-Restrepo added. The WHO has called for a moratorium on boosters until poor countries are better vaccinated.

Even though the number of antibodies in vaccinated people may wane, the immune system also gets protection through memory responses and cell immunity, the scientists said. They argued that more widespread immunization would reduce breakthrough infections.

If booster shots are eventually needed, they will be targeted against new variants not covered in the current vaccines. It is the same strategy used with flu shots each year, they explained.

But with increasing numbers of fully vaccinated people becoming infected, some vaccine manufacturers and public health officials are pushing for a booster shot for each of the FDA-approved COVID-19 vaccines. The U.S. already has approved a third dose of the Pfizer and Moderna vaccines for people with severely weakened immune systems.

The White House also has begun planning for boosters for the general public if both the FDA and the U.S. Centers for Disease Control and Prevention sign off on the strategy.

But in the weeks following the Biden administration's announcement, some top federal health officials began questioning the science behind the decision, the New York Times reported. FDA advisors are expected to meet to discuss the extra Pfizer shot Friday.

The question of who might need booster doses has created an intense debate among scientific experts. The international review "throws gasoline on the fire," Larry Gostin, a lawyer and public health specialist at Georgetown, told the Associated Press.

"It's always a fundamental error of process to make a scientific announcement before the public health agencies have acted and that's exactly what happened here," he said.

The review included all published literature and clinical trial results. The authors included two FDA vaccine experts — Drs. Phil Krause and Marion Gruber, who are each leaving their posts this fall. The other authors include leading vaccine researchers in the U.S., United Kingdom, France, South Africa and India.