"The Phanatic Song" premieres on WXPN's The Key 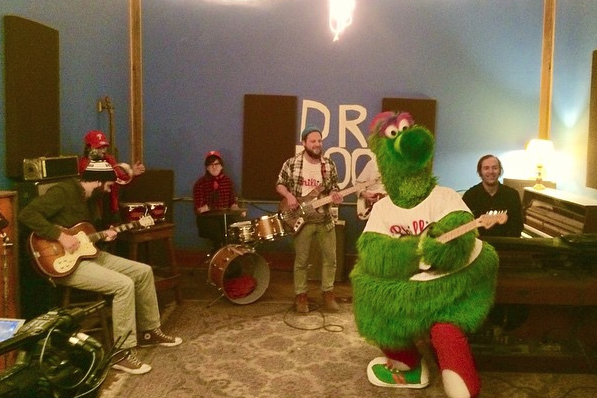 Dr. Dog james with the Phanatic at the band' studio last November.

Luckily, the teams mascot and Dr. Dog are still awesome. The two got together last November at the band's studio, and the result is a theme song for the Phanatic, appropriately titled "The Phanatic Song," written and performed by the Philadelphia based outfit.

The song premiered on WXPN's blog The Key on Wednesday, and the result is the same 60's inspired indie rock we've come to know and love from Dr. Dog, all about the best mascot in sports. Take a listen to it here.

The accompanying music video will be featured on the upcoming DVD "The Phillie Phanatic's One Man Band," which will be handed out at Citizens Bank Park to children 14 and under for the team's game against the Chicago Cubs on September 13.

Most importantly, Dr. Dog's jam is much better than the strange "What Does The Fox Say?" parody made for the Phanatic last year: