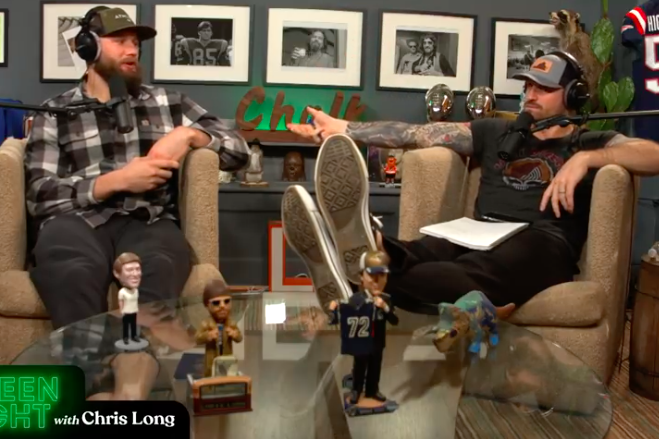 Johnson has always been an entertaining interview subject, whether it's jawing with rivals, defending teammates or shooting the breeze with Stone Cold Steve Austin.

Having won a Super Bowl together, Long and Johnson (one of the great Eagles name pairings) possess a treasure trove of locker room stories and memories. From friendships to workout dynamics, "Right Tackle Awareness," digging graves, going bald, and certain topics of the day in the NFL, the podcast is an hour well spent for any Eagles fan.

One of the best segments of the interview comes toward the end, when Johnson and Long reminisce about the Super Bowl parade in 2018. The video game comparison comes in a bit after the 58 minute mark.

"But unlike 'Call of Duty,' they like you," Long pointed out.

You get the distinct sense that could only have come from the underrated mind of Lane Johnson.

While Johnson's late-season ankle injury may keep him out of Sunday's Pro Bowl, it's a good thing he stopped in Virginia to pay Long a visit.