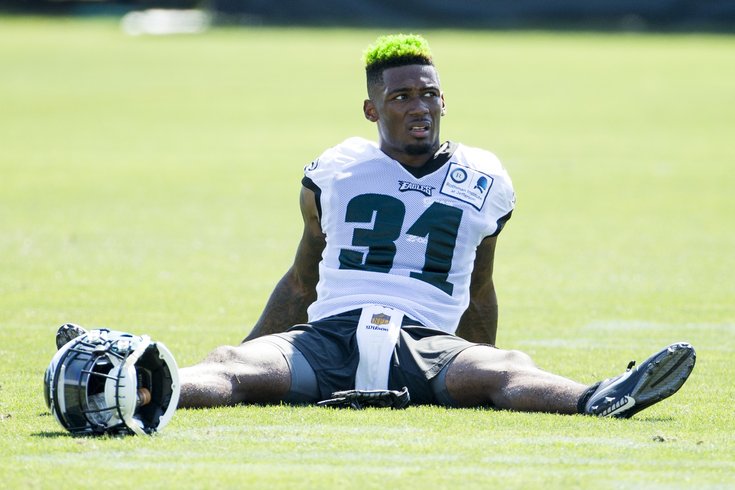 Jalen Mills has been great... until today.

This training camp, the Philadelphia Eagles will have two open practices scheduled at Lincoln Financial Field, the first of which was Sunday morning. Here's what we saw:

• One player of interest this offseason has been CB Jalen Mills, who had a really good spring, and started off his summer well. Today he had a bad day. On two different occasions he was beaten deep down the sideline for long gains. At the Combine, Mills ran a 4.61 in the 40 yard dash. His spider chart: 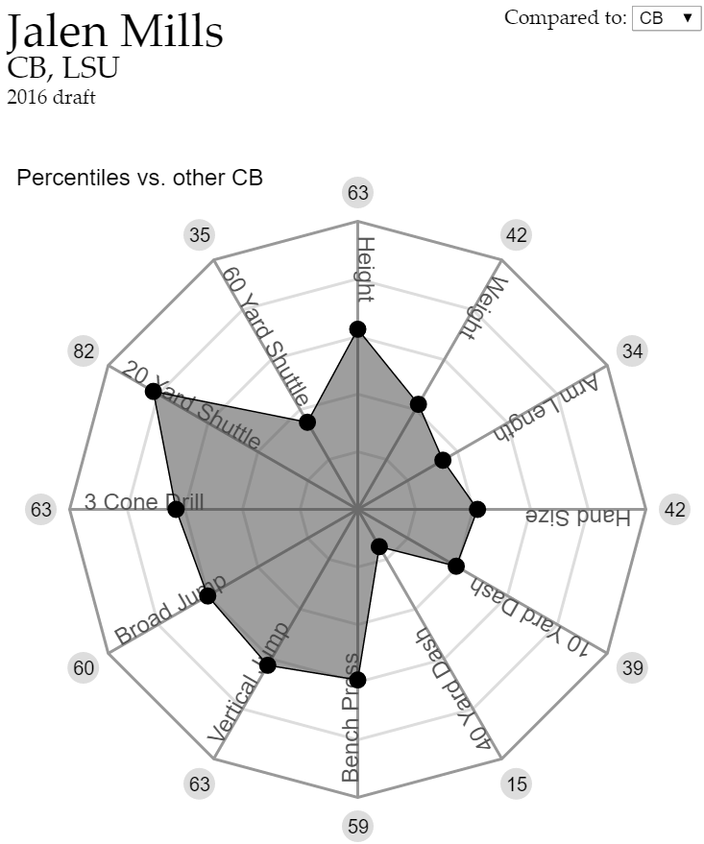 When you're in the 15th percentile for 40 time at the corner spot, that's a concern. 40 times are somewhat irrelevant at times in the NFL, but not when measuring long speed, when corners have to be able to keep up with faster wideouts running go routes.

Mills had an interesting moment today. During 1-on-1's Mills tried to jam WR Chris Givens at the line of scrimmage, but he got his hands up in Givens' face mask, and Givens' helmet spun all the way around on his head. It looked a lot like this:

Givens didn't like it. When they re-set and ran another rep, Givens beat Mills deep for a touchdown. After scoring, Givens threw the ball at Mills, who then threw it right back at Givens.

• In other chippy news, Wendell Smallwood came barreling around the edge, where he put his head down and ran into Leodis McKelvin, who did not like that at all. McKelvin tried to throw Smallwood to the ground, but Smallwood was able to stay up.

• As we noted yesterday, the Eagles are giving Jason Peters the occasional rest to keep him fresh. Doug Pederson said today that as camp progresses, McKelvin, Jordan Hicks and Ryan Mathews will also likely be given extra rest.

• Sleevie Wonder had a nice day. He hit a deep post to Jordan Matthews that was on the money, and took more shots down the field than I've seen him take all offseason. Chase Daniel had a good day as well, connecting several times down the field with Zach Ertz.

• Carson Wentz was "meh." The fans got to see his wheels for the first time in person, when he scrambled down the left sideline after a play broke down.

• Alex McCalister has impressive length and athleticism, but there are too many plays where he's a complete non-factor. He's easily moved in the run game, and has no counters as a pass rusher. By that I mean that if you stop his initial pass rush move, that's it, he's done on the play. There are no counters to his initial move.

• After a good day yesterday, Nelson Agholor had a bad drop today. There's too much of that. Josh Huff also had a drop in the middle of the field when he was wide open on a post pattern. It wasn't the easiest catch, but one a pro should clearly make. On the defensive side of the ball, after picking off two passes yesterday, Malcolm Jenkins dropped a pick.

• Huff was taunted by a few fans who were seated in the end zone. To put it kindly, they were being critical of Huff's production through his first two years in the NFL. Huff shouted to the fans that he would "beat their asses." As we've noted, one of the training camp battles to watch this year is at kicker, where the Eagles will have to choose between Cody Parkey and Caleb Sturgis. That battle will likely be decided in the preseason games, but it's worth noting what they did during practice each day. Here's what each kicker did today during the "official" kicking session:

• In "waaaaaaay back of the roster" news, TE M.J. McFarland caught a pass a ran away from recently acquired LB Don Cherry. McFarland isn't the fastest guy in the world, so that does not bode so well for Cherry.

• For the second time in three days, Eric Rowe had an interception. On this one Rowe was in the middle of the field, and he skied for the ball. He has looked better this summer than he did in the spring.

• If you're looking for statistical evidence that there is lower interest in this year's team than in previous years, note the attendance of open practices the last two years:

• I will say that the North Dakota folks are hardcore fans. They traveled over a thousand miles to see undrafted CB C.J. Smith of North Dakota State.

Speaking of C.J. Smith, he had a good day. Smith had an interception in the end zone on great coverage on a go route. He also had a diving pass breakup later in practice. 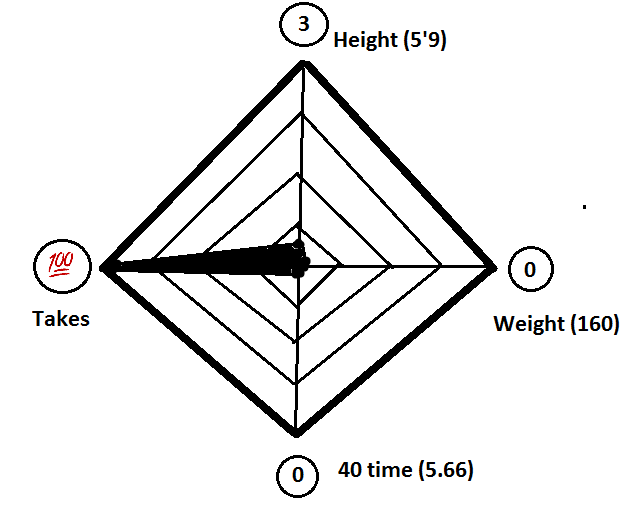