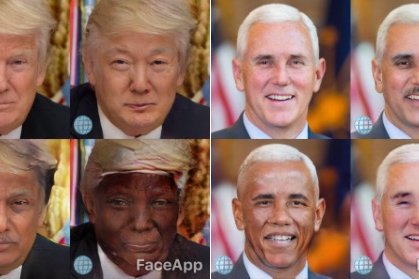 Social media was ablaze Wednesday when FaceApp – the photo-editing application that alters selfies to make users look older, younger or the opposite gender – released a new set of "Asian, Black, Caucasian and Indian" filters.

Less than a day later, FaceApp has pulled the new filters amid backlash for creating what many users consider a method of “digital blackface.”

The so-called “ethnicity filters” were first defended by FaceApp CEO Yaroslav Goncharov, who said they were “designed to be equal in all aspects” and “don’t have any positive or negative connotations associated with them.”

Nonetheless, a lot of users weren’t happy with the filters.

Shortly after the update and public reaction, Goncharov released a statement saying “the new controversial filters will be removed in the next few hours.” By late Wednesday night, the filters were erased entirely.

Goncharov told CNNMoney that users would not have to update the app to remove the filter option.