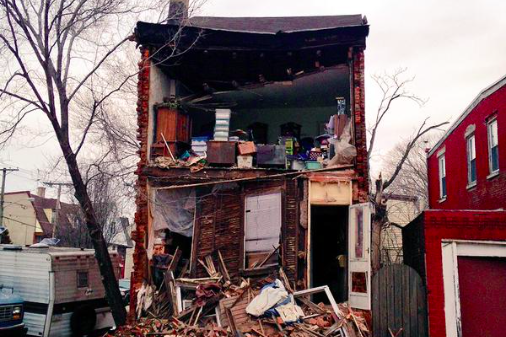 A family escaped their home after it partially collapsed late Sunday night in Camden.

A Camden family escaped from their home after it partially collapsed late Sunday night, CBSPhilly reports.

Three adults and a 2-year-old child were in the home along the 400 block of Line St. when the collapse happened shortly before 11:30 p.m. There were no serious injuries.

A resident of the home said the problems began more than a decade ago, when the building next door was demolished after a fire.

“That’s when we tried to get the city to do what they can, they actually came out and put up a barricade and gave my parents til the 26th to get it fixed or demo it,” Ali Niger told CBSPhilly. “So you know, forty thousand dollars that we don’t have, would have fixed it.”

The family is being helped by the American Red Cross.