Flu shots given to pregnant women do not increase risk of autism, study finds 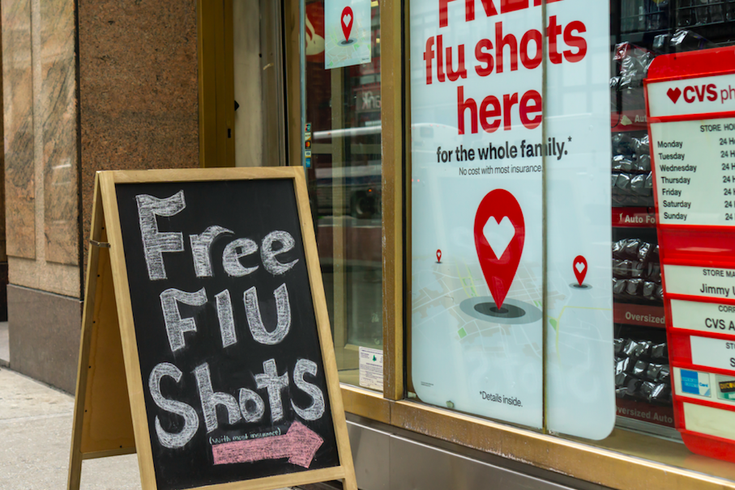 A new Swedish study refutes claims that a flu shot during pregnancy can cause autism spectrum disorder in the child.

Pregnant women can rest assured that getting a flu shot this fall will not cause autism in their unborn children.

A large study completed by Swedish researchers confirmed that the vaccine does not increase the risk of autism in unborn babies – even if it's administered during the first trimester.

Dr. Paul Offit, director of the Vaccine Education Center at the Children's Hospital of Philadelphia, told U.S. News & World Report that influenza poses the risk to a woman and her unborn baby – not the vaccine.

"Pregnant women have a sevenfold increase of being hospitalized with pneumonia if they get the flu," said Offit, who was not involved in the study. The risk of preterm labor and premature birth also increases when a pregnant woman falls ill with the flu.

Autism-spectrum disorder is a developmental disorder that affects social skills, behaviors, speech and communication. It often runs in families, but environmental factors also may be at play.

Vaccine skeptics have long pushed theories that various vaccines cause autism despite numerous studies finding no link between the two.

Though two previous studies were unable to completely rule out a possible association between pregnant women receiving flu shots and their children developing autism, they failed to adjust for confounding factors that may have influenced the results.

The latest –  and largest study – on the matter did just that. And it found no link between vaccination and autism diagnosis.

"Without taking such factors into consideration, so-called confounding may create spurious associations that do not reflect a true association," said co-author Bjorn Pasternak, a professor in the department of medicine at the Karolinska Institute in Stockholm.

Researchers adjusted their results for various potential confounders like maternal smoking, height and weight, maternal age and comorbidity. Their findings were published Monday in the Annals of Internal Medicine.

"Our null findings are important since some people have suspected that vaccinations could cause autism, and the anti-vaccine movement seems to be growing in the Western world," said lead author Jonas F. Ludvigsson, a Swedish pediatrician and epidemiologist. "Vaccinating pregnant women does not seem to influence the risk of autism spectrum disorder in the offspring."

With worries over a possible "twindemic" of COVID-19 and influenza this fall, doctors are urging people to get a flu shot this year.

According to health officials, the flu vaccine is the best way to prevent seasonal influenza and potential complications. Annual immunization is recommended for every one age 6 and older.