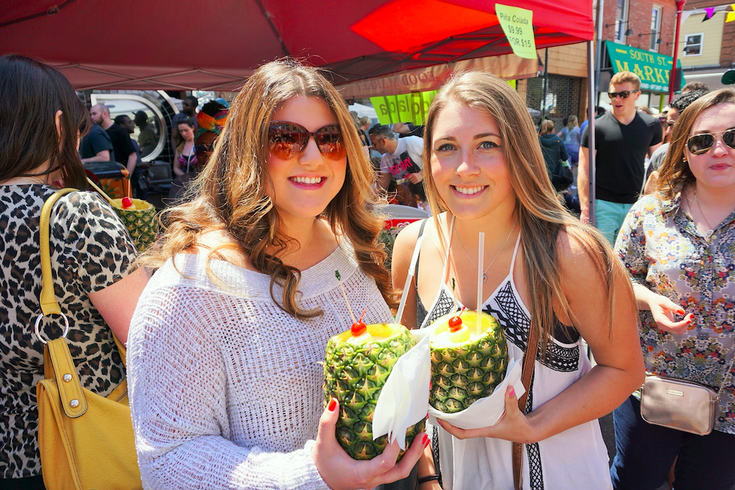 The giant all-ages outdoor party will also include a new "Philly Taco Eating Contest." It's not for the faint-hearted. The "Philly Taco" is a Jim’s Steaks cheesesteak wrapped in a giant slice of Lorenzo & Sons pizza. 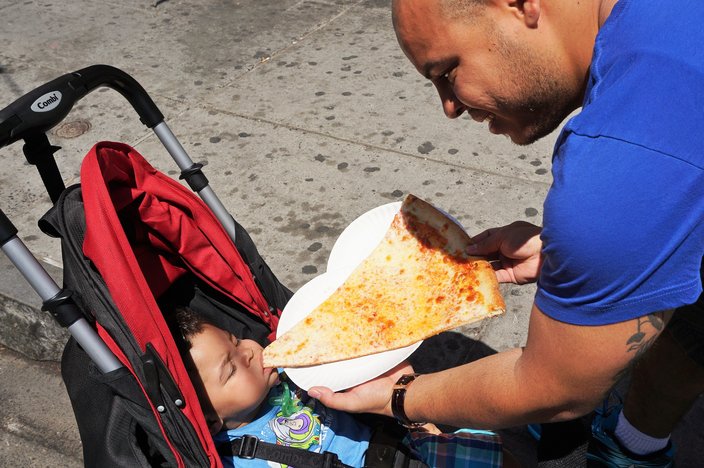 You're never too young to love Lorenzo's. This year's South Street Spring Festival is set for May 7, 2016.

The contest will judge who can finish the giant meal first and will be open to the first 20 contestants to sign up. A $10 entry fee is required. It will be donated to a local school lunch program. As for the winner's prize, it's pretty great: a year’s worth of cheesesteaks and pizza.

The Philly Taco Challenge will kick off at 5 p.m. at the Fifth Street Stage. To register in advance, email bill@southstreet.com. On the day of the event, all participants must check in at the stage between noon and 2 p.m. Those not registered in advance can show up after 2 to see if spots are still available.