The actor who played Pops in the ABC sitcom died Tuesday at 87. His career spanned seven decades 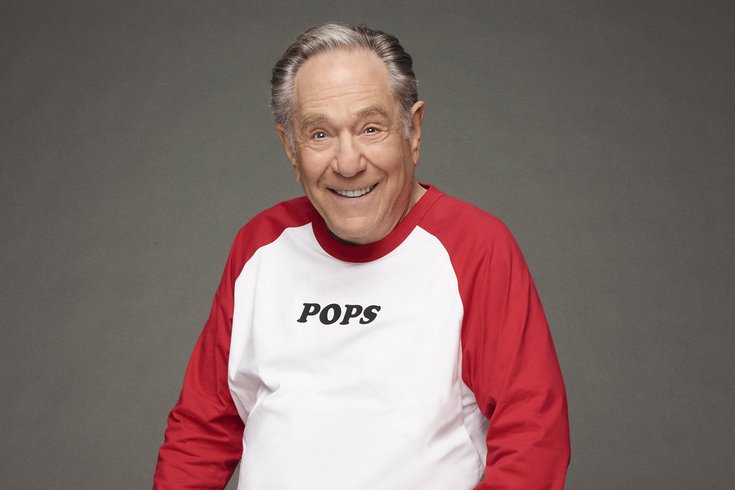 George Segal, who played "Pops" in the Montgomery County-set ABC television series "The Goldbergs" died Tuesday at the age of 87 due to complications from bypass surgery, his family said.

George Segal, the accomplished actor who most recently starred in "The Goldbergs," the ABC sitcom set in Jenkintown, Montgomery County, in the 1980s, died at the age of 87.

Adam Goldberg, creator of "The Goldbergs" and for whom the main character is based, posted on social media about the passing of Segal, who starred as the loving grandfather Pops on the show.

"Today we lost a legend. It was a true honor being a small part of George Segal’s amazing legacy. By pure fate, I ended up casting the perfect person to play Pops. Just like my grandfather, George was a kid at heart with a magical spark," Goldberg said.

Today we lost a legend. It was a true honor being a small part of George Segal’s amazing legacy. By pure fate, I ended up casting the perfect person to play Pops. Just like my grandfather, George was a kid at heart with a magical spark. I think these memories say it all... pic.twitter.com/D1aNZuT20e

The series premiered in 2013 and is now in its eighth season.

It is based on Goldberg's family and upbringing in the Philly suburbs and is packed with local references to things like Goldberg's time at William Penn Charter School, Wawa and South Street. The show gets nostalgic about Philly sports, too, and Charles Barkley, Merril Reese and Mike Quick, and Ruben Amaro Jr. have been among the sereis sports-related guest appearances.

Segal's final appearance as Pops will be in the episode scheduled to air April 7, according to Deadline.

The actor is also remembered for his comic roles alongside famous leading ladies. Segal starred in "Who's Afraid of Virginia Wolf?" with Elizabeth Taylor and the 1977 movie "Fun With Dick and Jane," with Jane Fonda.

Segal is also remembered for playing a magazine publisher in the David Spade show "Just Shoot Me!" on NBC.

Other celebrities, members of "The Goldbergs" cast and crew, and fans reflected on Segal's life and passing, after news of his death spread Tuesday.

So sad about the loss of George Segal. I grew up loving his films, from “Where’s Poppa?” to Sidney Lumet’s “Bye Bye Braverman,” to “The Hot Rock.” I got to work with him several times. This was last year at lunch. My deep sympathies to his family and friends. pic.twitter.com/HgQ6Z63kXO

Aww man, not George. I grew up watching him, total old school charm, effortless comedic timing. Doing scenes with him was one of the highlights of my life, but getting to know him a little and making the legend laugh was even cooler. I’ll miss you, sir. RIP George Segal. pic.twitter.com/JRtOirWThl

I spent a few days on-set of THE GOLDBERGS shadowing the director for an ep and the VERY first person who greeted me was George Segal, who made me feel totally welcome and we talked a LOT.
(Minutes later they wheeled out a birthday cake for him.)
George was the classiest of acts. pic.twitter.com/C1sEkiqnn7

RIP TO A SENSITIVE EVERYMAN LEGEND. A BEAST OF AN ACTOR, GEORGE SEGAL. pic.twitter.com/HUlmCU6wtX

So sorry to hear about George Segal‘s passing. We had such fun making Owl and the Pussycat. May he Rest In Peace...

This is from the first time I met George Segal in October 25, 2013. He embodied everything great about my father and I was thrilled that he was the actor cast as him Fabulous creative actor sweet man pic.twitter.com/7mwZWAGh4V

Fans of "The Goldbergs" and other of Segal's work also remembered the actor on Twitter.

I had a serious crush on #GeorgeSegal from the first time I saw him playing banjo and being silly on Johnny Carson. 😟

This tribute episode for Pops on the Goldbergs is gonna hurt like a bitch 😭 Rest In Peace George Segal , you were truly a legend, and Pops will always be my favorite character on the Goldberg’s, he was so hilarious and witty. Fly high George ❤️ pic.twitter.com/RoDZ7vAdIL

George Segal was often an extraordinary actor. He was fantastic in Who’s Afraid of Virginia Woolf? It’s a hard movie to watch. Imagine spending a night around those characters. But, my, the superb acting.#RIPGeorgeSegal pic.twitter.com/uX4C3yPLEN

RIP George Segal thanks for the laughs you will be missed.

RIP George Segal. A very Likeable actor. Seen here with the Beautiful Lee Remick in my favourite film of his.
No Way to Treat a Lady (1968) pic.twitter.com/6BaEciBp9C