Charles Barkley to wear short shorts, dish out blocks on ABC’s ‘The Goldbergs’ 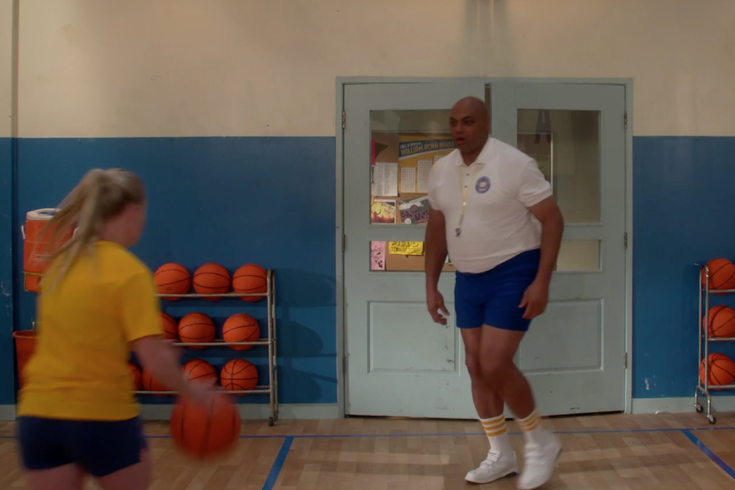 Chuck, seen here eyeing up his next victim.

The latest Philadelphia touchstone to get a shoutout and a guest feature on ABC’s “The Goldbergs” is Charles Barkley, who will appear on the show’s episode set to air tonight (Wednesday, Jan. 16, 8 p.m.) in quite an outfit.

Here’s a teaser from the show’s Twitter account, featuring Barkley dishing out a block, yelling in short shots, and getting scored on:

Not every day you score against Charles Barkley! Here’s a peek behind-the-scenes of him on #TheGoldbergs this Wednesday! pic.twitter.com/rAdX5LLUb8

His presence in the paint clearly ain’t what it used to be: The big man racked up 888 blocks during his career!

According to a release from the NBA, Barkley will play a substitute gym teacher named “Neelo Greene” which is absolutely just a riff on Cee-Lo Green, part of the soul duo Gnarls Barley. It should be a hoot.

This isn’t as adorable as Barkley’s heartwarming relationship with some random dad, but it’s definitely better than Barkley’s admission that he doesn’t wear underwear anymore.

In fact, if he doesn’t wear underwear … and he was wearing those short shorts on set…