Five factors, including blood pressure and cholesterol, heavily impact the likelihood of suffering a cardiovascular event as an adult, New England Journal of Medicine study finds 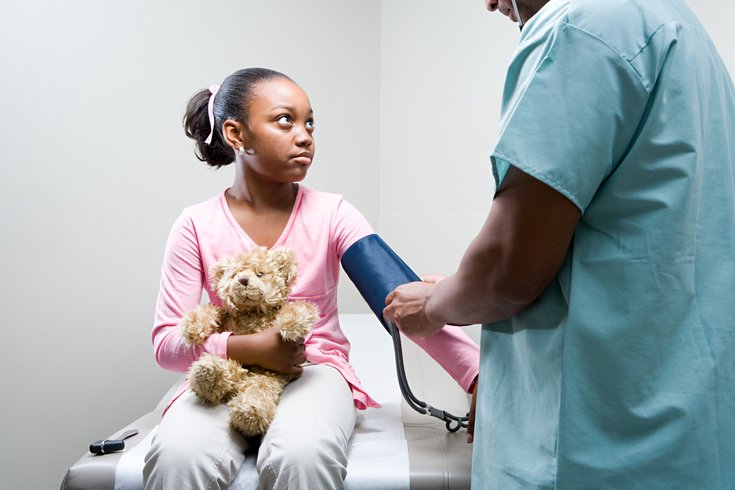 Body mass index, blood pressure, cholesterol, triglycerides and youth smoking, both alone and in combination, in early childhood are linked to heart attacks and strokes in adulthood, research shows.

Choosing to live a healthier lifestyle can benefit a person of any age, but new research suggests more focus should be placed on making changes during childhood – particularly in regard to heart disease prevention.

Adopting changes in early childhood can help reduce the risk of suffering a heart attack or stroke as an adult, a study published in The New England Journal of Medicine found.

"Despite the effect medical and surgical care has had on treating heart disease, the major impact will depend on effective preventive strategies. This study confirms that prevention should begin in childhood," said senior study author Terence Dwyer, a professor at Murdoch Children's Research Institute.

The study included 38,589 participants from Australia, Finland and the United States. They were followed for 35-50 years, beginning at childhood.

The five risk factors were predictors of fatal and non-fatal cardiovascular events, Dwyer said. More than half of the children studied had some risk. For some of them, their risk was nine times greater than the participants with below average risk factors.

Obesity, high cholesterol and hypertension in childhood are all known risk factors for future cardiovascular issues such as heart disease and stroke. Studies also have shown that children as young as 5 can have early signs of fatty deposits in their arteries.

These latest findings further confirms the importance of developing programs to prevent the development of cardiovascular risk factors in children, Dwyer said.

"While interventions in adulthood like improving diet, quitting smoking, being more active and taking appropriate medications to reduce risk factors are helpful, it is likely that there is much more that can be done during childhood and adolescence to reduce lifetime risk of cardiovascular disease."

Here is more information on each of the risk predictors.

Obesity has become a serious epidemic in the U.S. and is associated with multiple health issues including diabetes, high blood pressure, high cholesterol, as well as poor self-esteem and depression.

High blood pressure in children is defined differently than it is in adults. It occurs when a child's blood pressure is equal to or higher than 95% of other children of the same age, gender and height.

Untreated high blood pressure over time can damage a child’s organs, including the brain, heart and kidneys, due to not enough blood getting to the organs.

Children are considered to have high cholesterol if their low-density lipoprotein cholesterol level is 130 mg/dL or higher.

Low-density lipoproteins build up on the walls of the arteries, even in youth. They form plaque that make blood vessels stiffer, narrower and sometimes blocked. Plaque also makes it easier for blood clots to develop. When a blood clot forms, it can block a narrowed artery and cause a heart attack or stroke.

Triglycerides are another type of fat found in the blood. High levels of triglycerides are linked with a higher risk of heart disease and can be caused by a variety of things including diabetes, hypothyroidism, kidney disease, liver disease, genetics, obesity, eating a lot of high-fat or sugary foods or drinking a lot of alcohol.

When people start smoking in their childhood or teenage years, the damage to their health isn't just some future effect to worry about later in adulthood. There are serious implications that can be felt immediately. A smoking habit in childhood can lead to addiction to nicotine, reduced lung function, reduced lung growth and early cardiovascular damage.

Exposure to nicotine can have lasting effects on adolescent brain development. It can cause shortness of breath and reduced stamina.

Parents who are concerned about their child's cardiovascular health, are encouraged to talk to a pediatrician about steps to protect them from heart disease.

Even some simple lifestyle changes can help make a big difference. Parents can teach children how to eat healthier by cutting the family's salt, fat and sugar intakes and focusing meals on fresh fruits and vegetables and healthy proteins. They also can encourage children to get recommended amounts of daily exercise and take them to regular health check ups.