Help authorities nab these Philly-area fugitives – and nab a reward 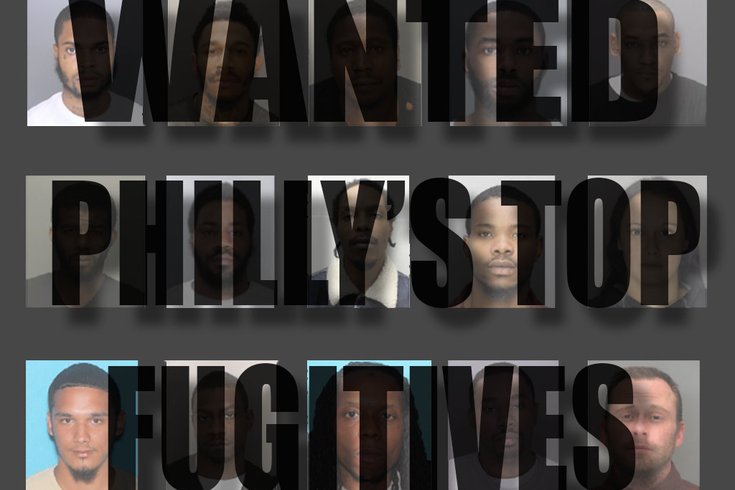 The U.S. Marshals Eastern Pennsylvania Violent Crime Fugitive Task Force is offering cash rewards to the public for information leading directly to the arrest of these 15 fugitives in the Philadelphia area. See photo below.

PHILADELPHIA — The U.S. Marshals Eastern Pennsylvania Violent Crime Fugitive Task Force is offering cash rewards to the public for information leading directly to the arrest of 15 fugitives in the Philadelphia area.

Warrants are sought on the fugitives for crimes such as murder, attempted murder, aggravated assault, federal probation violations, armed robbery, and Pennsylvania state parole violations. All of the individuals have lengthy criminal histories and should be considered armed and dangerous.

They are pictured below. 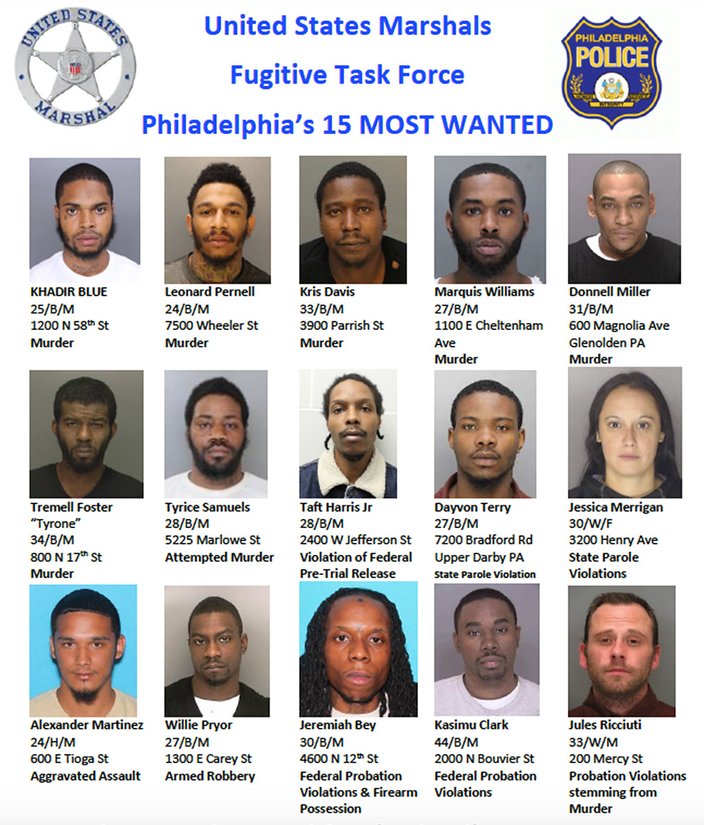 The U.S. Marshals Service is offering cash rewards for information leading directly to the arrest of its Top 15 fugitives in the Philadelphia area.

The Eastern Pennsylvania Violent Crimes Fugitive Task Force is a team of law enforcement officers led by U.S. Marshals in Philadelphia and the surrounding counties. The task force’s objective is to seek out and arrest violent crime fugitives.