Report: Pedestrian deaths up 15 percent since 2009

Pedestrian deaths in the United States have increased 15 percent since 2009, according to a new report released Monday by the Governors Highway Safety Association (GHSA).

Roughly one pedestrian in the United States is killed every two hours, the report states.

“States are developing and implementing programs to ensure the safety of all roadway users,” GHSA Executive Director Jonathan Adkins, who oversaw the development of the report, said in a statement.

“But clearly more can be done to make travel on foot as safe as possible. Taking a comprehensive approach that includes education, engineering and enforcement is the best way to maximize limited resources and get results.”

According to the report, the National Highway Traffic Safety Administration (NHTSA) awarded three grants totaling $1.6 million to Philadelphia, New York City and Louisville, cities with some of the highest pedestrian fatality rates in the nation.

The report cited Philadelphia's effort to educate pedestrians. In its campaign, the city calls on walkers to “Put. Phone. Down,” pointing out that, “It’s Road Safety, Not Rocket Science.” 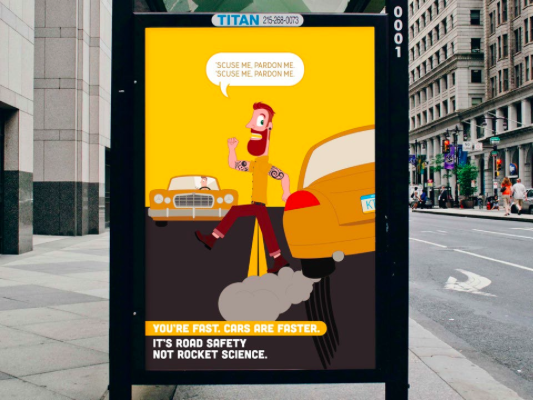 With unprecedented crowds, heightened security and a number of road and transit restrictions, pedestrian safety will be of even more concern in Philadelphia during the pope's visit in September.