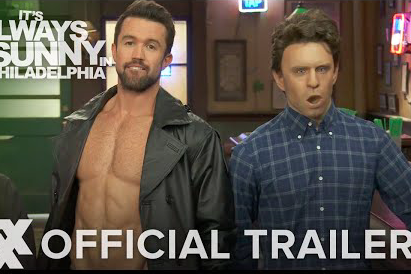 Season 13 of "It's Always Sunny in Philadelphia" premieres Sept. 5 on FXX.

Thirteen seasons in, "It's Always Sunny in Philadelphia" is showing no signs of slowing down its onslaught against human decency.

FXX released the official trailer for season 13 on Wednesday, revealing the same crude form we've grown accustomed to from the Gang.

Ever since the end of last season, the huge question hanging over the show's future has been the status of Dennis Reynolds, whose fictional departure from the Gang appeared tied to Glenn Howerton's plans as an actor. We've since learned that Dennis will be a part of season 13, but what we didn't know until today is that he would take the form of a sex doll.

Most of the promotional material for season 13 has played on the idea of "Friday the 13th," with slogans like "Sunny the 13th" joined by horror-inspired images and trailer cuts.

It's anyone's guess whether he sex doll Dennis will have some connection to the real Dennis, but it's clear that Mac is in the best shape of his life, he's an oblivious misogynist and Dee is going to gleefully mock the Me Too movement.

Also, take another look at that brief cut at about 30 seconds. That's definitely Charlie Kelly dressed up like Kramer from "Seinfeld."

Here's to hoping there's a "Seinfeld" episode of "It's Always Sunny in Philadelphia" on the horizon. Season 13 premieres on FXX on Sept. 5.