Kenney: No police commish discussion until after election 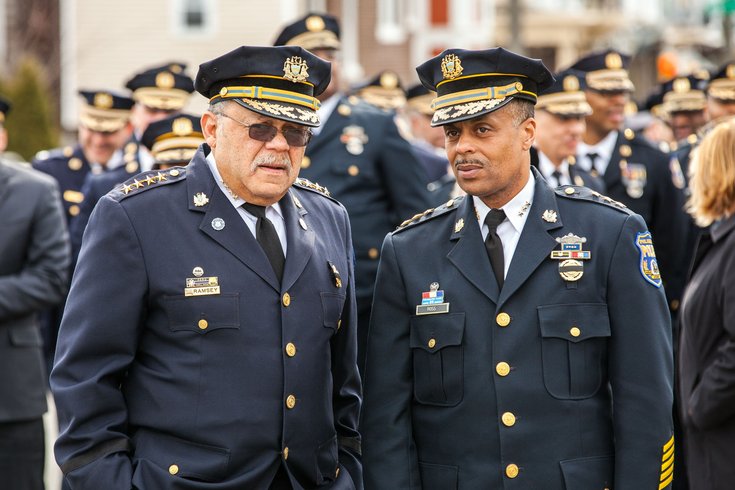 After speaking to students at Sts. Neumann and Goretti High School about service to the community on Thursday morning, mayoral candidate Jim Kenney chatted with PhillyVoice about Police Commissioner Charles Ramsey’s impending departure.

On Wednesday, the Democratic candidate – who is expected to defeat Republican Melissa Murray Bailey and three third-party candidates – chose not to interject politics into a day on which he thought people should focus on Ramsey’s eight-year tenure here and career as a whole.

Very little changed on Thursday, as Kenney noted that, “We won't be talking about anything relative to the police commissioner until after the general election.”

That radio silence comes down to respect for the outgoing commissioner, “who’s been an awesome, awesome individual, terrific police commissioner and a great law-enforcement presence for almost 50 years,” he said.

“[Not discussing potential replacements is a way] to give him the respect to announce yesterday and then move toward retirement,” Kenney said. “So, I’m not going to muddle the waters with anything other than him getting his props between now and Dec. 31.

“He’s a good man. He cares about the people who work for him, and he cares about people in the neighborhoods. He’s gotten a little bit of unfair criticism about some of the things he stands for. I know him. I’ve worked with him and talked to him. We’re going to give him the opportunity to transition out of here respectfully without throwing any names in his way.”

“Oh, I’ve had discussions about what he thinks. There’s no doubt. He’s very clear on what he thinks. I think he’s said it [publicly].” -- Jim Kenney, on talking to Charles Ramsey about the city's next commissioner

Throughout the primary and general election campaigns, the question of who would be the police commissioner often came with the “if Ramsey wants to stay, he can” caveat.

Kenney said he wasn’t sure whether Ramsey would stay until recently. However, he does know who Ramsey prefers for the job.

“Oh, I’ve had discussions about what he thinks. There’s no doubt. He’s very clear on what he thinks,” Kenney said. “I think he’s said it [publicly].”

Indeed he has. And the name that has the Ramsey "I couldn't agree more that he is capable of running the department" seal of approval is that of First Deputy Commissioner Richard Ross.

So, what does Kenney think of Ross as a potential Philadelphia police commissioner?

For her part, Bailey has also named Ross as her preferred replacement.