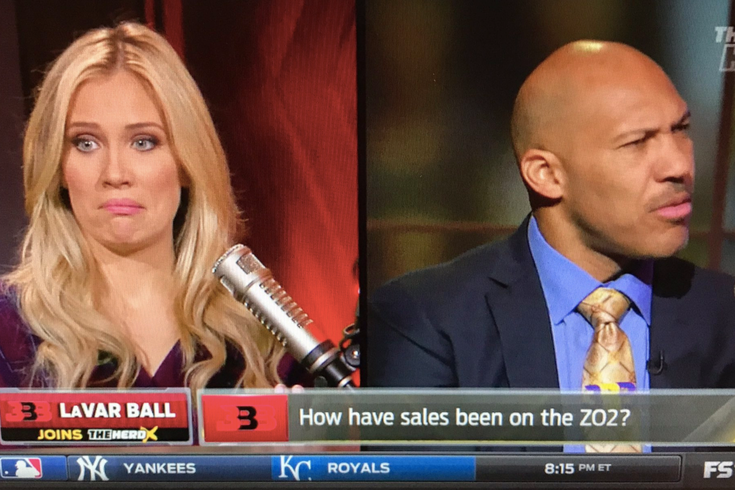 LaVar Ball got into an argument with Kristine Leahy.

All signs point to Lonzo Ball being drafted by his hometown Los Angeles Lakers with the No. 2-overall pick in the 2017 NBA Draft, but there is still a chance that he’ll be there when the Sixers pick at No. 3. So, we’ll continue to at least keep an eye on the media circus.

As we all know by now, it’s physically impossible to talk about Lonzo without mentioning his father LaVar and the Big Baller Brand shoes that he is selling.

LaVar hasn’t exactly hid his preference of his son staying at home in Southern California, and as sort of a weird victory lap, he went on multiple Fox Sports 1 shows to discuss the lottery. On “The Herd with Colin Cowherd,” though, things got testy once Kristine Leahy asked him how many sneakers he had sold.

“Stay in your lane,” Ball told Leahy. “I don’t even worry about her over there.”

Ball was upset with some of Leahy’s previous critical comments about him, and an argument about whether his company should market toward women then broke out.

Later in the segment, Ball made a disparaging comment about Fox Sports’ Jason Whitlock, which caused Leahy to say, “So you disrespect women and people for their weight.”

With LaVar Ball, nothing seems to come easy. Magic Johnson is on record saying that Lonzo Ball’s father won’t affect the Lakers’ draft strategy, but hey, LaVar has a whole month to change his mind.