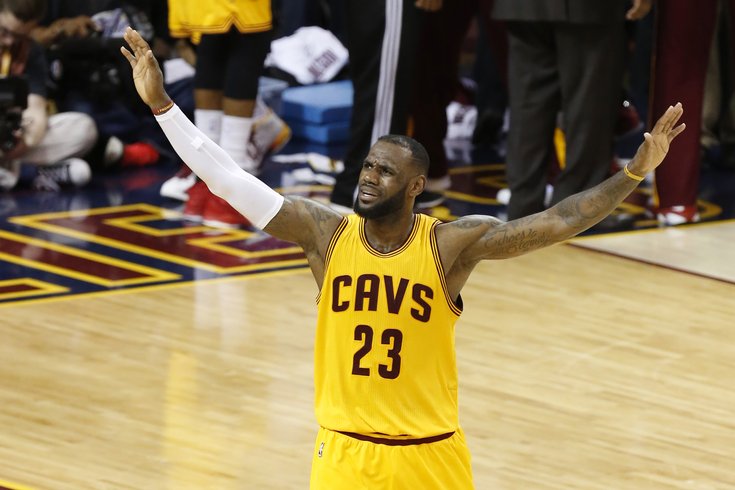 As a four-time NBA MVP and three-time champion, LeBron James knows what it means to sit and stay atop the throne of the sports universe.

The King and the Cavs are in town Monday to take on the promising young Sixers, who have drawn praise from stars around the NBA for their progress this season.

But instead of talking hoops ahead of the game, James fielded some questions about the NFL, where he once generated buzz about a second career as a signal caller.

His favorite player at the moment is Eagles quarterback Carson Wentz, via NBC Sports Philly.

"The way he's able to get to his progressions throughout a three-step drop or five-step drop, and then if everything breaks down, his ability to run, get outside the pocket," James said. "He can make passes or get yards with his feet. Very smart player, from the outside looking in, obviously. And they've got a really good team. I'm a Cowboys fan, a Browns fan, but I'm a fan of sports and I know sports."

Of course, someone had to bring up the fact that the 0-11 Browns passed up on Wentz in the 2016 NFL draft, trading their pick to the Eagles.

"Uhh, they passed on a lot of people," James said.

If LeBron is so fond of Wentz, it may be time for him to consider taking his talents to South Philly next season. We've seen the subtle hints between him and Ben Simmons. The rest will be up to the marketing genius of Joel Embiid.