The University of Pennsylvania's decision to nominate her drew swift, intense blowback on social media. Thomas was the first transgender person to win a Division I championship 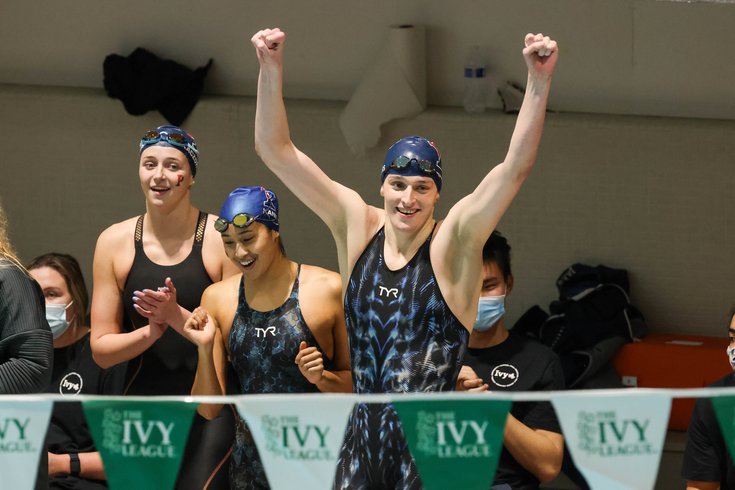 The University of Pennsylvania has nominated transgender swimmer Lia Thomas for the NCAA's Woman of the Year award.

The University of Pennsylvania has nominated transgender swimmer Lia Thomas for the NCAA's Woman of the Year award.

Her nomination was announced by the NCAA in a release on Thursday. Thomas is one of 577 graduating student athletes across the nation who were recognized by their alma mater.

She was the first transgender person to become a NCAA Division I champion after she won the women's 500-yard freestyle event in March.

Her swimming career was racked with controversy at every turn following her transition. She competed on Penn's men's team for her first three years before moving to the women's team in 2020.

Thomas has been embraced by the university's leadership and members of the LGBTQ+ community from around the world, many of whom were excited about Thomas' nomination on social media.

But she has long been dogged by critics who were upset to see someone who was born male competing in women's sports. Thomas' detractors believe the fact that she went through male puberty gives her an unfair competitive advantage.

So far, most of the reaction on social media has been negative.

"I feel so… bad for this poor young woman," one commenter said in a transgender-focused subreddit. "As if it wasn't bad enough that her name is constantly trending from all the people saying absolutely abhorrent (stuff) about her, it also feels like absolutely no one cares to come to her defense."

While many of Thomas' detractors are outright transphobes who call into question her right to identify as a woman, there are others who support her transition but don't want to see trans people competing in women's sports.

I support inclusion and equality in sports. What I don’t support is a person born a male can dominate female sports. Allowing this takes away opportunities for girls and women in sports in America. Lia Thomas could and should play on the men’s teams at Penn. https://t.co/afFTW8XyoC

That was the sentiment behind the letter 16 of her teammates anonymously endorsed in February.

"Lia has every right to live her life authentically," the letter says. "However, we also realize that when it comes to sports competition, that the biology of sex is a separate issue from someone's gender identity."

The letter also asked Penn to not challenge the NCAA's decision to hand off regulating transgender participation to the national governing body for each sport, which was USA Swimming in this case.

That organization added new requirements for swimmers who transition from male to female earlier this year.

The concentration of testosterone in a transgender female swimmer's blood must be less than 5 nanomoles per liter continuously for at least 36 months before she can compete. Additionally, a panel of three independent medical experts will determine whether a swimmer's prior development as a man gives her an advantage over her cisgender competitors.

The rule change came too late to exclude Thomas last season, but she would have been barred this season if she hadn't graduated since her transition began less than 36 months before her debut on the women's team.

A Woman of the Year selection committee will pick 10 semi-finalists from each of the three NCAA divisions. Then nine finalists, three from each division, will be chosen

The winner will be named at the NCAA Convention this January in San Antonio.