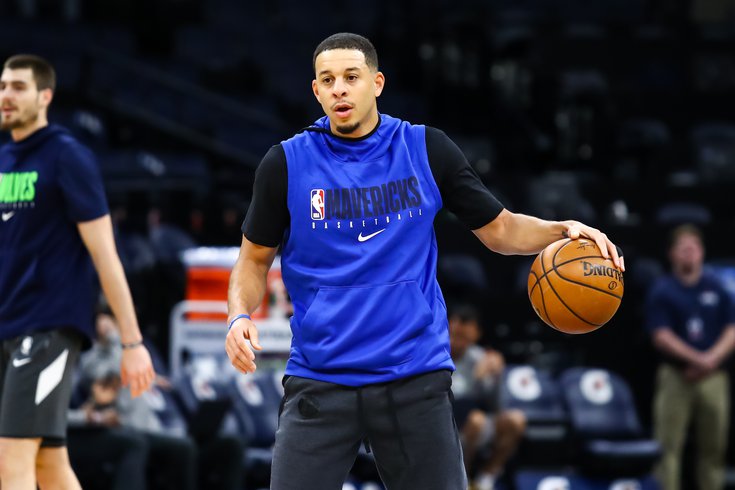 Seth Curry for Josh Richardson will likely not end up being the last trade the Sixers make this offseason.

In case, for whatever reason, you are a huge Sixers fan who lost internet and cable for the last 24 hours, you are in a different world today.

The team's new president of basketball ops Daryl Morey wasted no time taking command of the Sixers front office and made a series of franchise-changing moves to "course correct" for some misguided decisions in the recent past.

• The team found a way to jettison Al Horford, swapping him for Danny Green and Terrance Ferguson (along with a couple picks) (More on that here)

Free agency begins on Sunday, and the Sixers will likely be looking long and hard at finding a good big man to back up Joel Embiid as well as filling out the bench. But are there more blockbuster moves up Morey's sleeves? Could he find another willing trade partner for the Sixers' other error in judgement, Tobias Harris?

According to our own Kyle Neubeck, Morey has implied that indeed, there are more things to be done:

Seismic as the change was on Wednesday night, the Sixers don't seem like they're done, despite the assertion from Morey that they are happy with the group they have for the time being. If you can believe it, free agency is set to open almost immediately, with an entire offseason of movement capable of taking place by the time you wake up to go to work next Monday morning.

It was a late night for NBA fans and an even later one for NBA employees. But when Morey, Elton Brand and company wake up and head back to the office Thursday there will could be much more news to follow.

Don't miss a single thing, as we give you the tools to track all the rumors, analysis and roster moves with our live stream and open thread below: