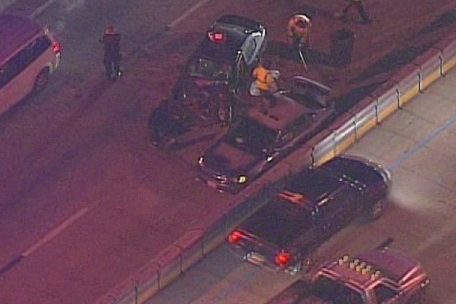 A crash on the Walt Whitman Bridge caused major delays for the morning commute.

The truck was carrying bags of rock salt. One lane was closed in each direction as a result of the crash.

A two-vehicle accident on the Walt Whitman Bridge shortly before 6:30 a.m. caused delays for commuters in the eastbound lanes heading to New Jersey. The crash caused a backup at least one mile long.

Another two-car crash happened around 6 a.m. near the Montgomery Drive exit on the westbound Schuylkill Expressway. The two left lanes were blocked at the scene, backing up traffic past Girard Avenue.