Malcolm Jenkins: 'Football is a nonessential business and we don't need to do it' 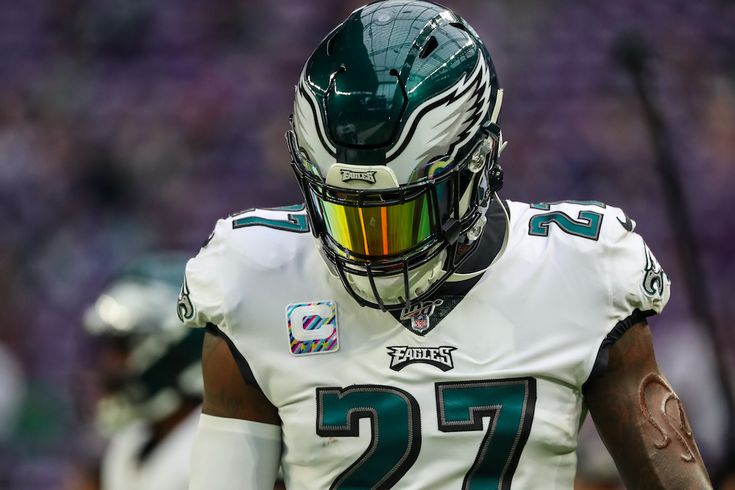 Safety Malcolm Jenkins will become a free agent after six seasons with the Philadelphia Eagles, including a victory in Super Bowl LII. Jenkins shared his thoughts on his time in Philadelphia in a message to fans, announcing he plans to return to the city when he finishes his NFL career.

There is no debate over whether the people want sports to return this year, but weighing that against whether they should return is the biggest challenge for American sports leagues. And while many athletes have spoken out in support of returning to play, former Eagles safety Malcolm Jenkins became one of the first prominent voices to cast doubt on a return on Thursday morning.

Appearing on CNN, where he was recently hired as a paid contributor, Jenkins made note of the challenges facing the NFL compared to their peers in other leagues. With roster sizes more than triple those of the expanded rosters NBA teams will take to Orlando, Jenkins views the NFL's return as a much trickier proposition.

"The NBA is a lot different than the NFL because they can quarantine all of their players, or whoever is going to participate, where we have over 2,000 players, even more coaches and staff. We can't do that. So we'll kind of end up being on this trust system, honor system where we just have to hope guys are social distancing and things like that.

"That puts all of us at risk, not only us as players and who's in the building, but when you go home to your families. I have parents I don't want to get sick, and I think until we get to the point where we have protocols in place, until we get to a place as a country where we feel safe doing it, we have to understand football is a nonessential business and we don't need to do it.

"The risk has to be really eliminated before we, before I would feel comfortable with going back."

Football's biggest asset over the last few months has been timing. While other leagues had to actively shut down during the initial quarantine period, the NFL simply had to adjust their offseason structure, and did so successfully with the hiccup-free execution of the 2020 NFL Draft. All that was left was to wait out the time between the late-April draft and training camp, where many expected the passage of time to bring us all closer to normalcy.

Reality has been a bit muddier than that. Certain states (including Pennsylvania) are trending in a positive direction with regards to containing the virus, but the absence of a unified, nationwide plan has led to dramatically different situations around the country.

In Florida, which hosts three NFL teams and is expected to be the location for the NBA's restart in late July, positive COVID-19 tests have reportedly soared to over 5,000 per day as of this week. Florida is far from the only hotbed. Other states with NFL teams — including Arizona, California, North Carolina, and Tennessee — are experiencing their highest level of COVID-related hospitalizations since the virus made its way to America.

That uptick in positive tests and hospitalizations has contributed to alterations that are already being made to the NFL calendar. ESPN's Adam Schefter reported Thursday morning that the preseason opener between the Cowboys and Steelers has been canceled outright, while the Hall of Fame ceremony to be held on August 8th has been postponed due to the pandemic.

How this will impact the league's return to play more broadly still remains to be seen. As of now, as Jenkins alluded to, there is no plan for any sort of hub city or "bubble" scenario in order to keep the league running this fall, and setting something like that up for the NFL would be a logistical nightmare. Continuing to operate as a sprawling, nationwide league has significant downside for containment.

Owners are expected to have a conference call Thursday, debriefing the group on COVID-19 updates, plans for reopening team facilities, and an update on social justice measures related to the worldwide police brutality protests sparked by the death of George Floyd late last month. The form training camp will take is still the subject of some debate, and as in every area of American life right now, remains subject to change depending on what happens from here.

(If there's any positive from all of this, numerous reports have suggested the league may have a shortened preseason this year, albeit one that only came because of a deadly virus. Rejoice.)

Ultimately, this will come down to buy-in from players as a whole, and Jenkins has been one of very few dissenters to speak up so far. Like many people in other walks of life, athletes are itching to get back to work, and we'll have to wait and see if their voices ring loudest in the end.

You can watch the clip of Jenkins speaking on the matter below.

JUST NOW: "Football is a nonessential business and so we don't need to do it. So the risk, you know, has to be really eliminated before we -- before I would feel comfortable with going back. "