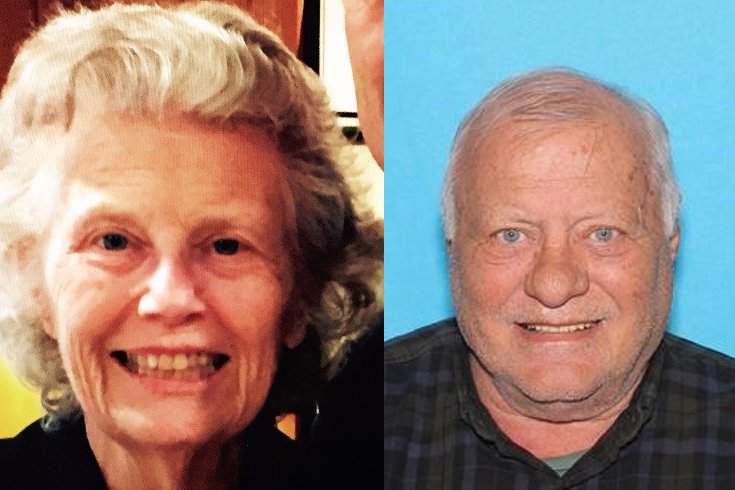 An elderly couple in Chester County has been been found after being reported missing as of Friday morning, according to police.

Dominic Jampo, 76, and Barbara Jampo, 77, of Sellersville, were discovered after state police were called about a suspicious vehicle parked in the driveway of a home in Union Township, Berks County, Saturday night.

A witness told police that an elderly couple parked the car, a Lexus, and walked into the woods.

Police say the two were found in the woods in a disoriented state. They were taken to Pottstown Hospital to be evaluated.

The couple was reported missing after a family member last made contact with them around 9:30 a.m. Friday.

The two, who had recently moved into Bellingham Retirement Community in East Goshen Township, said they were going to the grocery store.