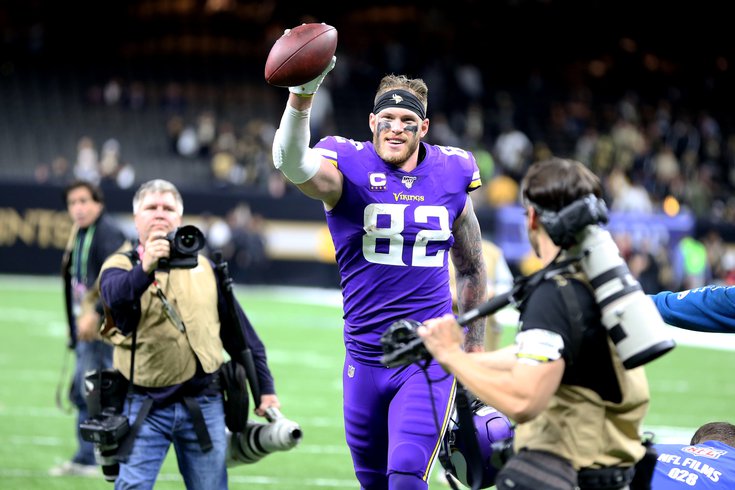 Day 4 of NFL free agency is in the books, and the Philadelphia Eagles finally did something! Not much, but something. Since we've been taking a look around the NFC East at what the Dallas Cowboys, New York Giants, and Washington Football Team have been up to every day, let's just continue to do that. We'll go in order of each team's finish last season.

• LB David Mayo: Mayo played for Ron Rivera in Carolina, but more recently for the Giants. JAG starter in 2019, more of a role player in 2020.

• QB Mike Glennon: Glennon's contract details are not yet known, but One World Trade Center is now the second-tallest free standing structure in the New York metropolitan area.

Fact: If Mike Glennon's neck and head were a free-standing structure, it would be the third largest on Earth: pic.twitter.com/5RU9geY7Bd

• TE Kyle Rudolph: Rudolph is now 31 years old, and clearly on the downside of his career. Over the last four years, he has averaged 47 catches for 467 yards (9.9 YPC) and 5 TDs. In 2020, in 12 games, he had just 28 catches for 334 yards and 1 TD. Somehow, he got a two-year deal worth $12 million. The Giants have made some nice moves so far this free agency period, but this was not one of them. There were way better TE bargains out there.

• LB Reggie Ragland: Occasional starter both for the Chiefs and Lions. Dave Gettleman loves himself some run-stopping linebackers that can't cover.

• DE Tarell Basham: Basham has more upside than the two defensive linemen below, as a rotational edge rusher. 36 tackles, 3.5 sacks, 3 FF for the Jets in 2020. Two year deal worth up to $6.5 million will be enough to cancel out a comp pick for one of the players the Cowboys lost in free agency.