No calls on Philadelphia's finance fouls 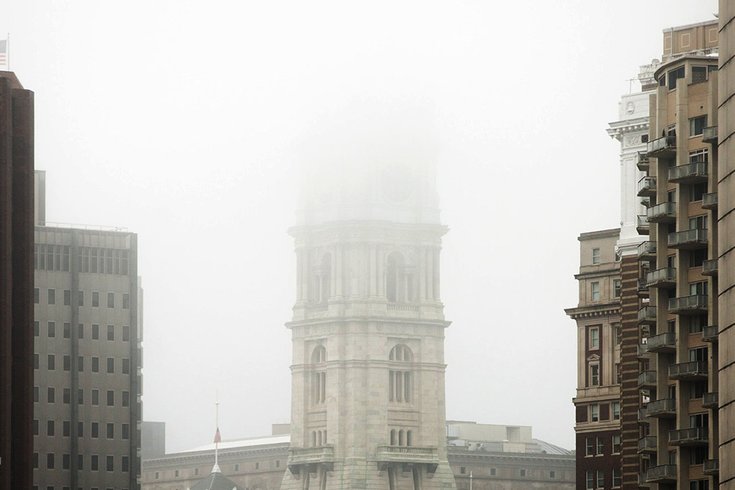 A few shocking recent revelations illustrate the sorry state of Philadelphia city finances. But, this being Philadelphia, the revelations are probably not shocking and do not expect anyone to lose a job over the multi-million-dollar missteps.

This is Philadelphia, where the ability to go along to get along is prized in government much more than an ability to manage public money efficiently and effectively. The city lurches from fiscal crisis to fiscal crisis. Philadelphia's huge unfunded pension liability means the city is all but functionally bankrupt. Taxes go up. Poverty refuses to go down.

But city leaders must think that's just fine, because nobody is going to take the fall for the problems.

First, it was revealed that the city has not reconciled financial accounts for most of the past decade. Because the city has not been regularly balancing its checkbooks, the city cannot account for as much as $33 million, which might be misappropriated or stolen or lying under a sofa cushion – but somehow, nobody knows and the city will now spend another half-million dollars to hire an outside firm to try to find out. Of course, this is troubling in a city that is looking to raise taxes on folks who regularly balance their own checkbooks to ensure they are actually making ends meet.

It is clear that the city's elected leaders and the top officials that serve them have a different definition of a job well done than the rest of us.

Then, we learned that just nine months into the fiscal year, the city has blown through its entire overtime spending budget and is on pace to overspend overtime by many millions this year. A city government that is seeking to dramatically increase spending does not inspire confidence in its ability to spend more money with its inability to efficiently manage current spending.

Finally, we received the good news that the city has been able to reduce its prison population by almost 30 percent, but that positive development was tempered by the fact that the city's prison budget has remained essentially unchanged That means that it is now costing the city a lot more per prisoner to operate its jails. With the programmatic effectiveness failing to generate promised budgetary efficiencies, it is hard to understand how spending decisions are being made in City Hall.

YOU MAY FIRE WHEN READY

What was least surprising in these media reports is that none of the reporting included any mention of anyone being held accountable for the mismanagement (assuming it is only mismanagement and not something much worse). The city's long-time finance director was quoted as saying "I should've known about it," but despite the well-publicized lapses, it does not look like anyone will be missing out on the toasts and laughs at this year's City Hall Christmas Party.

Is it nobody's job to do better? Is it nobody's responsibility to replace those who are failing the public? It is way past time for heads to roll, and for new thinking on city finances and fiscal management. What does one have to do to be shown the door in this city?

That's just the Philadelphia way when it comes to misfeasance and malfeasance in government. It's never anyone's fault. Nobody ever loses a job. Nobody takes the blame. Then, nobody is shocked when the problems continue.

You name the scandal, you recall the tragedy, you think of the screw up and then try to remember an official standing up and telling Philadelphia that he or she responded by firing a responsible party for cause. I am all for second chances, opportunities to develop, and capacities for change, but consequences, repercussions, and ramifications must result from lack of improvement and repeated wrongdoing.

There is a school of thought that suggests that talented professionals in Philadelphia government toil to make government work better despite the meddling and backward thinking of the political class that forces mistaken policy choices upon the bureaucracy.

In my experience, this is not quite right. I absolutely know that there are many talented individuals in Philadelphia government who truly think of themselves as public servants and are drawn to their jobs because they believe they can make a positive difference. But, in Philadelphia, political considerations are of paramount importance for the city's decision makers and even the most high-minded officials quickly learn to factor "political implications" into their decision-making processes.

Pretty soon, those political implications become a primary driver. The muscles that should be flexed to do the right thing instead of the politically expedient thing strain from the chore, then tire, then finally atrophy when officials stop even trying to put sound policy before savvy politics.

This is how long careers in Philadelphia government are made and this, unfortunately, is also how smart and talented individuals who enter into government to be part of the solution end up becoming part of the problem. When millions of missing city dollars and out-of-control overtime spending, and an inability to reduce spending in light of a dramatic drop in the prison population doesn't result in top-level officials being replaced, it is clear that the city's elected leaders and the top officials that serve them have a different definition of a job well done than the rest of us.

Yes, we need to elect better leaders, but it is not just the pols that need to be shown the door in Philadelphia. The officials who have helped create – or turned a blind eye – to the problems with city finances and so many other areas must also go if Philadelphia is to move forward to a better future.